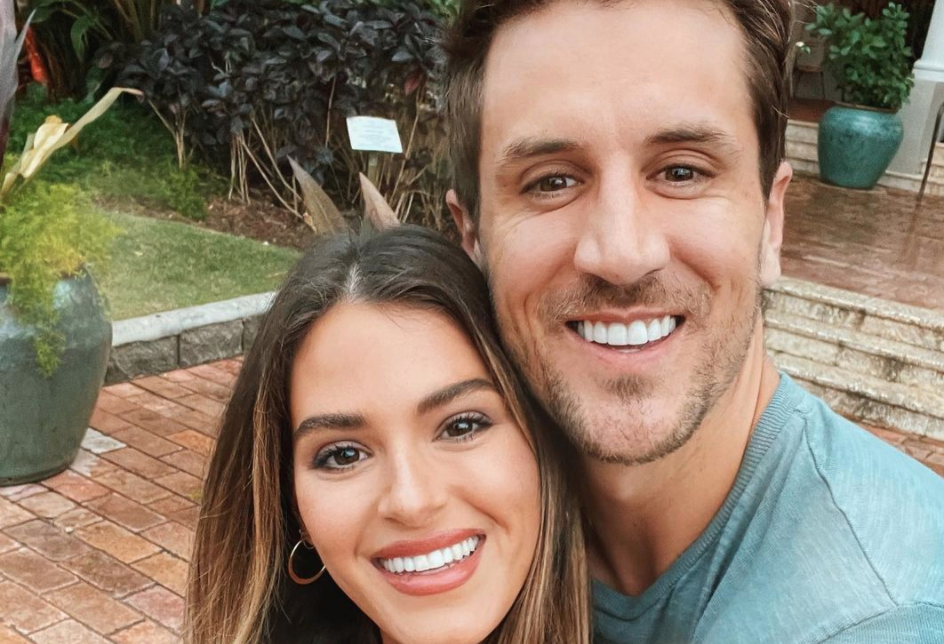 Former Bachelorette JoJo Fletcher has been keeping a bit of a secret. Apparently, the former star went on a secret off-camera date during her season of the show.

During a recent interview, JoJo Fletcher opened up some about her time as The Bachelorette. Apparently, the couples get no time away from producers or the camera, so it can be hard to get intimate or really get to know someone. Now, she is talking about an off-camera date she and Jordan Rodgers had during the season BuzzFeed says.

Apparently, the two were actually able to sit down and enjoy some In-N-Out together.

Jordan reveals that during hometowns he really wanted some time with JoJo off-camera to get to talk to her one-on-one. His initial plan was to give her a note about his plan. However, producers were quick to remind him that this wasn’t allowed. So, he came up with an alternative plan.

“Hey, this isn’t allowed,” a producer told Jordan about his note plan. He replies, “OK, I’ll give these notes to her on camera if we get to hang out off camera.”

Luckily the producer says “OK, I’ll see what I can do.”

Then, that night the two were able to hang out for the first time ever off camera.

“…we ordered In-N-Out, sitting in our sweats, and just hanging out. There were still a bunch of producers there, so we weren’t truly alone, but we kinda just got to sit and hang and be normal. That was actually really important for us,” Jordan reveals.

JoJo agrees that this was the first time they were really able to have a moment for themselves.

“It felt like the first real-life moment that we had,” she says.

The couple also went into detail about their first impression of each other.

Apparently, JoJo was attracted to Jordan right away.

“Well, I thought that he was very handsome and I like that he talked about his family, you know, his parents’ relationship — that stood out to me. I also thought he had a really nice butt. I remember saying, “His butt, it’s nice!”

“‘Oh, she’s HOT,’ but also I was just trying to remember my name. You step out of the limo and the cameras are on and you’re like, ‘Shoot, this is actually happening!’ So yeah, my first thought was, ‘She’s gorgeous. Your name is Jordan.'”

How cute is that?

Do you like Bachelorette couple Jordan and JoJo together? Let us know in the comments below. Come back for more Bachelor and Bachelorette news.