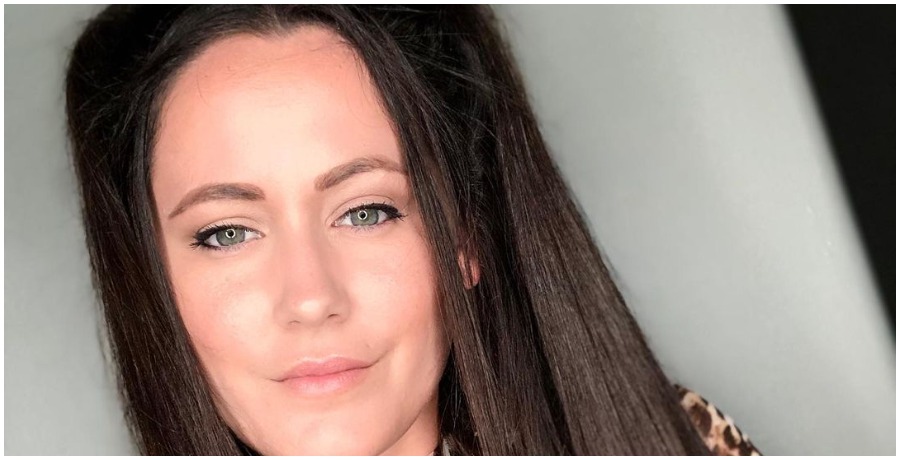 Former Teen Mom 2 star Jenelle Evans is opening up about a big mistake she made in the past. The mother-of-three recently told her TikTok followers that she regrets one of her many tattoos, calling it her dumbest ink.

According to Pop Culture, Jenelle made the confession in a video asking people to share the tattoo they regret the most. In the clip, the controversial reality star claims that her “Yolo” tattoo is her most hated piece of body art. However, she smiled through the entire clip.

Jenelle appeared to shirtless in the video. She stood in her bathroom with her bare shoulders exposed as she showcased the ink. The tattoo is small and resides on her shoulder. The cursive font is a bit hard to make out, but it says “Yolo,” which is a popular term meaning “you only live once.”

In the caption of the TikTok she wrote, “LMFAO, had to share this tattoo ASAP. #Yolo #TheMotto.”

While that tattoo may be the one that Jenelle dislikes the most, her ink has been the subject of much online hate over the years. She also has a large leopard that starts at her hip and wraps around her thigh. Jenelle has a floral back piece as well. She also has “This Too Shall Pass” tattooed across her stomach in French.

Tonight airing on my channel!! Check out my Facebook/Instagram Story for the link! See you all on the LIVE Chat at 8PM EST / 5PM PST 💯🎉 #Docuseries   pic.twitter.com/ZL2rN4rOns

Jenelle explained the French tattoo back in 2014. “Got it becauz of the addiction I went through,” she said via Twitter.

The former MTV star has been open about her battle with addiction in the past. She has previously admitted to being dependent on marijuana, and also struggled with a scary heroin addiction.

In her memoir, Evans revealed that she didn’t want to “glamorize” the drug by revealing why she and others love it so much. However, she did claim that her first time using it was “amazing.”

“Before I knew it, I was shooting up four or five times a day. I was hooked,” she wrote, via People Magazine.

In 2018 she also admitted to smoking marijuana while pregnant with her daughter, Ensley.

“I’m not going to lie about that. I tested positive for THC and Ensley did not test positive. I did. So CPS were like — I was in the hospital — they said, ‘Did you smoke when you were pregnant?’ I said, ‘I did within the past 30 days. I said I have really bad esophageal spasms and I throw up every 5 minutes, I can’t even eat.’ And they said, ‘Okay, some moms do that. We are not here to judge, we are writing down your information.’”

Jenelle’s life has been an open book for years. However, after she was fired from Teen Mom 2, due in part to issues with her husband David Eason, she began sharing more on social media. She’s even created her own YouTube channel for fans to follow.

Fans can keep up with Jenelle Evans’ life via her social media accounts.