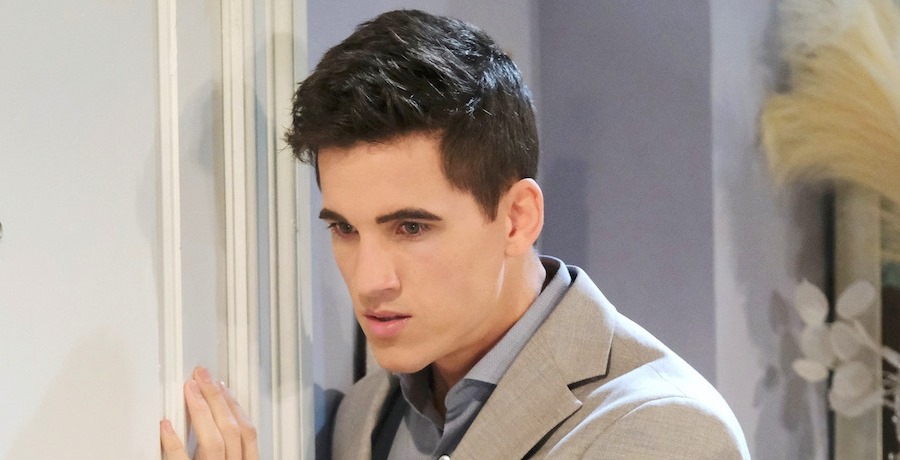 Days of Our Lives spoilers for the week of February 22 revealed Charlie Dale (Mike Manning ) meets his maker. This kicks off a long WhoDunnIt story arc, and the list of suspects is long. Other DOOL spoilers have John Black (Drake Hogestyn) pulling a disappearing act. Plus, Hurricane Sami hits Salem when Ali Sweeney returns for an extended stint as Sami Brady on the NBC soap.

Days of Our Lives spoilers show Claire Brady (Isabel Durant) is furious when she learns her “boyfriend,” Charlie Dale, escapes punishment. The charges against him for kidnapping and drugging his mother, Ava Vitali (Tamara Braun), are dropped. Plus, although he admitted to Ava raping Allie Horton (Lindsay Arnold) in London, he claimed that it was consensual to the authorities. So the London authorities declined to prosecute.

Days of Our Lives spoilers say Claire lures Charlie to meet her, dangling the idea of getting back together. So, the blue-eyed blonde daughter of a detective and a lawyer decides to attempt to tape a confession. However, Charlie is smarter than Claire gives him credit for. Then he gets angry, violent, and flips out on the woman he claims is his soulmate.

DOOL Spoilers: Tripp Steps Up As Daddy to His Nephew Henry

Days of Our Lives spoilers for next week have Tripp Dalton (Lucas Adams) stepping up to help Allie Horton. Tripp always knew he didn’t father Allie’s baby. However, now that he knows that baby is his nephew, spoilers say Tripp Dalton offers to be a father figure to Henry Horton.

Days of Our Lives spoilers tease Tripp shares this news with his father Steve Johnson (Stephen Nichols). Certainly, Steve is proud of the man his son has become. So will Allie Horton and Tripp Dalton bond over baby Henry and become Salem’s next “super couple?”

John Black Goes Missing On Days of Our Lives

Days of Our Lives spoilers show John Black makes threats to Charlie Dale. After witnessing Charlie exploding on his granddaughter Claire, he puts him on notice that if he ever hurts Allie, Claire, or anyone in his family, he will have a huge price to pay.

Soon after John makes these treats (or perhaps promises) to Charlie, he turns up dead. Coincidentally about the same time, John also goes missing, So his wife Marlena Evans (Deidre Hall) wonders if her hubby had something to do with the intern’s untimely death on Days of Our Lives.

Now we’re getting to the good stuff!! Next week – #Jarlena #DAYS pic.twitter.com/zqpWZai7oC

Days of Our Lives spoilers teased for weeks of a huge WhoDunnIT murder mystery. Now bumbling intern Charlie Dale turns up dead. Many people in Salem have good reason to want him dead. In fact, the list is shorter of those who don’t want him dead than those who do.

Charlie’s murder coincides with the return of his rape victim Allie Horton’s mother, Sami Brady. Showrunner Ron Carlivati likes to bring Sami back with a bang. In this case, it might be a literal bang. Days of Our Lives spoilers say Police Commissioner Rafe Hernadez (Galen Gering) hauls his ex-wife into the station for questioning the day after returning to Salem.

Does Sami off her daughter’s rapist? Probably not, as usually the first suspect questioned or arrested rarely ends up being the actual culprit on the NBC soap.