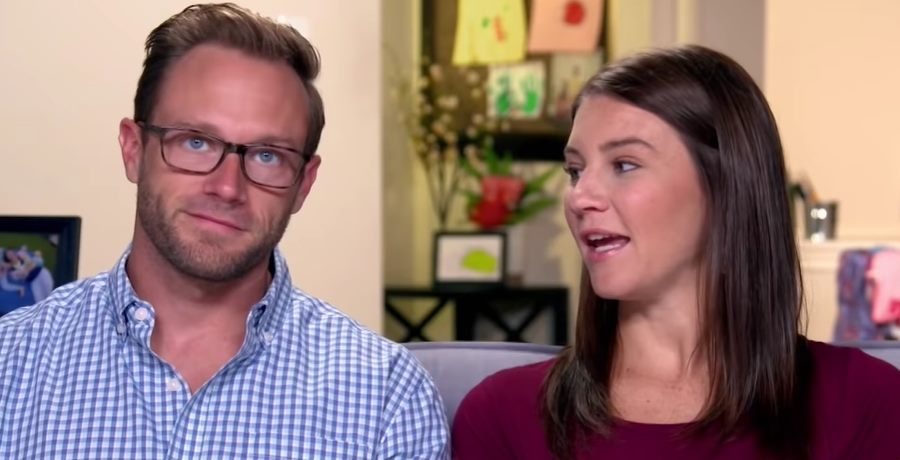 OutDaughtered mama Danielle Busby gave her husband Adam a firm slap on the butt during a recent TikTok video. As we previously reported, there is a TikTok trend going around currently involving men versus women. And, Danielle and Adam Busby decided to get in on the trend. The video, however, took a goofy turn when Danielle seized the moment to slap her man on the booty.

Wait, Adam and Danielle Busby are on TikTok?

If you are rushing to TikTok to find Adam and Danielle Busby… We’ll save you a little time. They are not on there. There isn’t an official account for OutDaughtered. And, the Busby family doesn’t have an account either. (Noticeably, there are a lot of Busby fan accounts on TikTok though).

Uncle Dale Mills, however, has a TikTok account for his family. And, Adam and Danielle Busby occasionally feature in a video. Not too often though. Usually, this account is just Uncle Dale Mills showing off his dancing skills. Either by himself or with his wife and children.

Ok, so what is this trend that caused some booty slapping?

As we mentioned previously, there is a trend that is very much men vs. women on TikTok. The idea is that men and women have different centers of gravity. The trend involves moving your arms and supporting your weight in a few different positions. The trend ends with the individual placing both hands behind their back. For Adam Busby, however, and most men, the video trend ends with him falling on his face.

Danielle Busby thought it was hilarious that it worked. After her husband face planted, she couldn’t resist his warm behind being hoisted into the air. So, she sized an opportunity to slap him on his butt. This action didn’t stop Adam Busby from giving the trend a second try. He, however, just ended up falling on his face… again. Danielle must’ve not been feeling as frisky the second time. She only popped him on the butt once.

Some found Adam face planting to be a little surprising. He spends a significant amount of time at the gym. Being active and working out is very important to both him and his wife. After all, they have a lot of little girls to keep up with! That being said, no one was surprised to see Danielle slap her husband on the behind. He does have a pretty incredible dad bod.

Have you seen this TikTok video yet? Can you blame Danielle Busby for slapping her man on the backside? Share your thoughts with us in the comments.