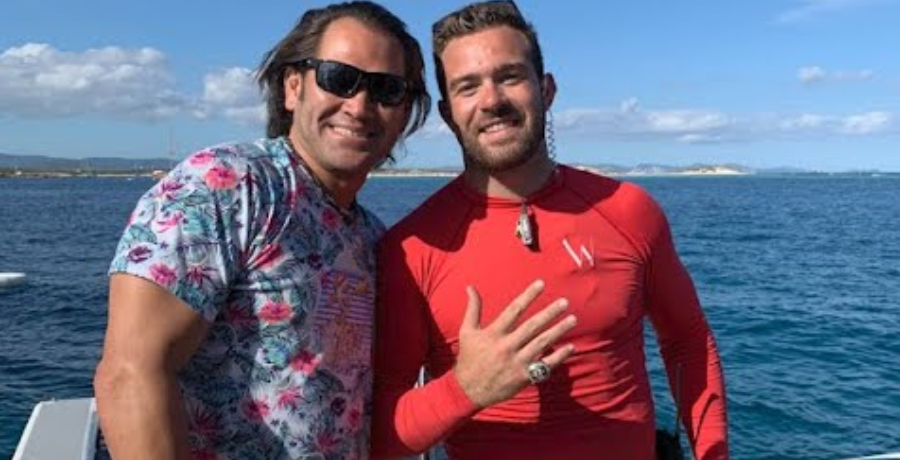 But Damon was not alone in this. His wife Michelle Mangan-Damon was in the car with him. Police described her as uncooperative. She even pushed over a police officer. As for Damon, he slurred his words when speaking with the police. He even admitted to drinking earlier in the day.

Bravo fans were not in shock over the news.

Who is Johnny Damon?

Johnny Damon used to make headlines as an all-star baseball player. He also appeared on the reality show Below Deck Mediterranean a few times. The show made its debut in 2016 – four years after Damon played in the Major League. As fans know, Below Deck Med is part of the ever-growing Below Deck universe.

The show follows crew members who work on a 150 ft-yacht. Damon and his wife Michelle got into drunken antics on the show. Some viewers even called their behavior gross and misogynistic. Despite his reality TV fame, he has an impressive resume.

The outfielder played on seven teams throughout his career. In 2004, Damon won the World Series with the Boston Red Sox and again with the New York Yankees in 2009. In Boston, it was a big deal when Damon moved from the Red Sox to the Yankees. Sports fans thought he betrayed them.

Below Deck fans not surprised

Below Deck fans reacted to the news of Damon’s DUI arrest. Most of them took to Twitter to post sarcastic tweets. Most of them are not surprised since he loves to drink. Others feel that it’s karma that both Damon and his wife were arrested. Others had jokes. Here are just some of the comments:

The truth about that Below Deck Med episode

In previous seasons of Below Deck Med, Damon and his wife were often picky about their food. Despite their disappointment in the food and the overall experience, they continued to return to the superyacht. The couple claims to have a good time and were ready to vacation once again. In the last season, the Damons and their friends had a wild time with Ibiza.

According to Vulture, Damon enjoyed Chef Tom Checketts’ food. But he did send back scallops during dinner for not being hot enough. And he wished his fillet was cooked more thoroughly. But these setbacks didn’t change his $18,000 tip Damon left for the crew.

There’s been a long-lasting relationship between reality television and Damon. According to Sports Illustrated, Damon also appeared on Celebrity Apprentice, Dancing with the Stars, MTV Cribs, and Tanked. However, he remains mostly known in the Below Deck world.