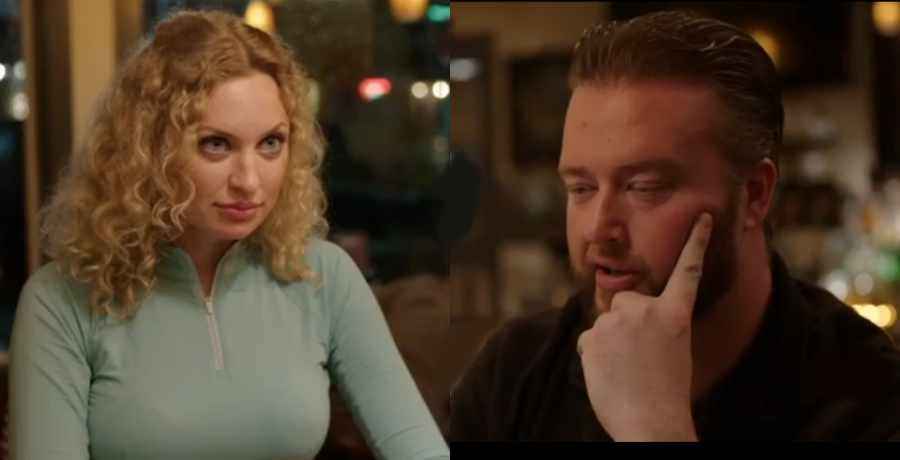 Fans can clearly see that 90 Day Fiance stars Mike Youngquist and Natalie Mordovtseva were not made for each other. They appear to have nothing in common and quite frankly, don’t seem to care. This feeling was even clearer from the last episode where the pair went to couples therapy. On the show, fans were shocked to see Mike wearing a Bluetooth earpiece during the session.

What kind of respect must you have for someone, when you attend couples counseling with a Bluetooth earpiece? This is the question on many fans’ minds. Following this, Mike is being slammed by fans on social media.

Recently, fans saw Natalie and Mike in a bar, where she reminds him that 45 days have already gone by of their allotted 90. It is clear to see that Natalie is concerned over their relationship, while Mike doesn’t seem to care. Natalie brings up the subject of seeing a counselor to get help in their relationship. Youngquist complains, saying it would be “throwing a bunch of money” just to have a simple conversation.

However, Mike had already blamed their fights on communication problems when speaking with his hairstylist Jane. This makes his reaction to the subject a tad hypocritical.

Eventually, Mike does agree to therapy. However, while there, he keeps his best deadpan face while seated on the therapist’s couch, while wearing a Bluetooth earpiece. Despite this, when Natalie brings up the subject of her problems adjusting to America, he did reveal he was “struggling internally” and wasn’t happy.

While Natalie thanks him for putting in such efforts to get her K-1 visa, Mike bluntly asks why she came there. He wanted to know if they were still in love. Youngquist even spoke to the 90 Day Fiance producers about not seeing a Ukrainian lover in his ideal world.

However, what irked fans the most about the therapy session was the fact that he openly wore the Bluetooth earpiece. A Redditor posted on the 90 Day Fiance community on Reddit, sharing a photo of Mike from the scene. They captioned the post, “Nothing says emotionally available like wearing a Bluetooth earpiece during couples counseling.”

In the comments, one writes, “I wish they would both get everything out on the table already.” The fan says that neither Mike nor Natalie is ready to show vulnerability. They just won’t admit that they are hurting. A response to the comment agrees, speaking of both parties acting out. They wrote, “Natalie with her nasty comments and Mike with his non-committal passive-aggressive attitude.”

Meanwhile, many fans believe that Mike and Natalie’s relationship is pretty much over. It was already clear from Season 7 of 90 Day Fiance that they had nothing in common. One fan claimed that sometimes opposites attract, but in this case, neither is making any compromises. Probably, they should just walk away from a failing relationship.

However, as noted by Screen Rant, another post on Reddit revealed a clipping from a local Sequim newspaper. It read that Michael Allen Youngquist Jr and Natalia Mordovtseva got married around March 2020.  However, it is truly difficult to imagine them being happily wed.