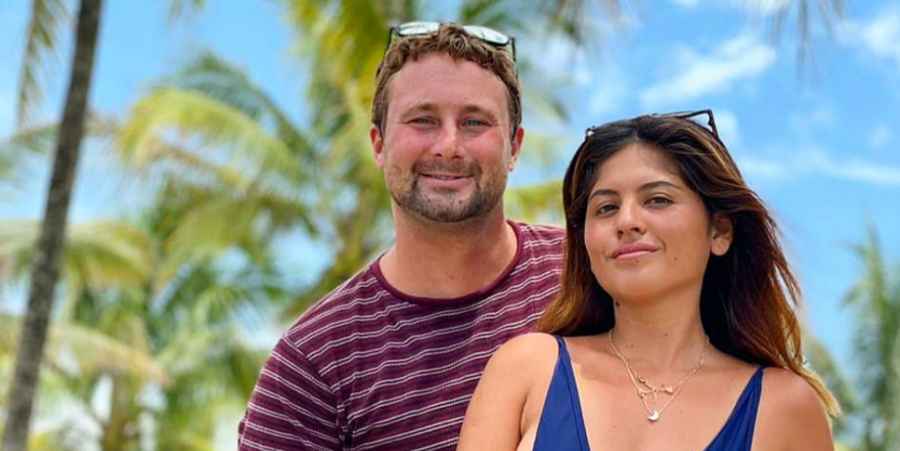 Corey Rathgeber and Evelin Villegas are starring in the upcoming episode of the spinoff, 90 Day Fiance: Love Games.  A sneak peek clip into that episode shows Corey getting into serious trouble.

The problems start when Corey admits that he once met up with fellow 90 Day Fiance star, Larissa Lima. This is evidently a sore point in the Rathgeber/Villegas household. In the clip, Corey admits that “Evelin has made it clear that never in my entire life am I able to speak of or see again…” Immediately, Evelin cuts him off. Obviously angry, she says, “Would you stop talking before you put yourself in trouble?” Evelin adds, “Can you stop talking about the clown?”

This is probably the first time 90 Day Fiance fans have heard Larissa mentioned as a clown. However, when Villegas is asked why she gets so upset at the mention of Larissa, she gets really agitated and storms out of the room.

Corey speaks of meeting up with Larissa

Truly risking danger, when Evelin leaves the room, Corey reveals he once spent time with Larissa while on a “break” with Evelin. He explained he “just met up with her” and that was it. He said they met and then stopped, scared to talk too much on the subject. Rathgeber says he doesn’t want to get into trouble, but nothing happened.

After a while, Evelin comes back into the room to tell her side of the story. She says, “I’m upset, I’m not going to lie to you.” However, she explained that she and Corey have broken up so many times. Evelin said Larissa was supposed to be her friend, but Corey went to Vegas. She woke up to see a picture on Instagram of Larissa with “hashtags like #NewCoupleAlert and #BaeAlert and all that.” Villegas said Larissa was like “Corey was playing for a kiss,” and she was like, “Hell no.”

Evelin appeared on 90 Day Fiance: The Other Way with Corey. She said fellow castmate Larissa had told her she planned on dating her fiancé. Villegas yells, “So f*** her, I hope she frickin’ explodes with all that botox she has.” She says, “I’m not going to do that to another woman. Never. Woman stand by woman [sic].”

As for  Love Games, the discovery+ spinoff features 24 couples from the 90 Day universe. On the game show, they battle it out to find out which pairing knows each other best. Due to the ongoing pandemic, each couple films themselves competing from home. Catch the full sneak peek on People’s website.

Blake Moynes Jokes About Possible Third ‘Bachelorette’ Appearance
Isabel Roloff Gets Real With Fans, Opens Up About Forgiveness
‘Thurston’ For Katie? Michael A. Posts, Deletes Flirty Comment On Her Sultry Photo
Chris Harrison Responds To Matt James, Rachael Kirkconnell Dating, Plus Is He Watching Katie?
Did Ariana Madix Change Her Stance On Having Kids?