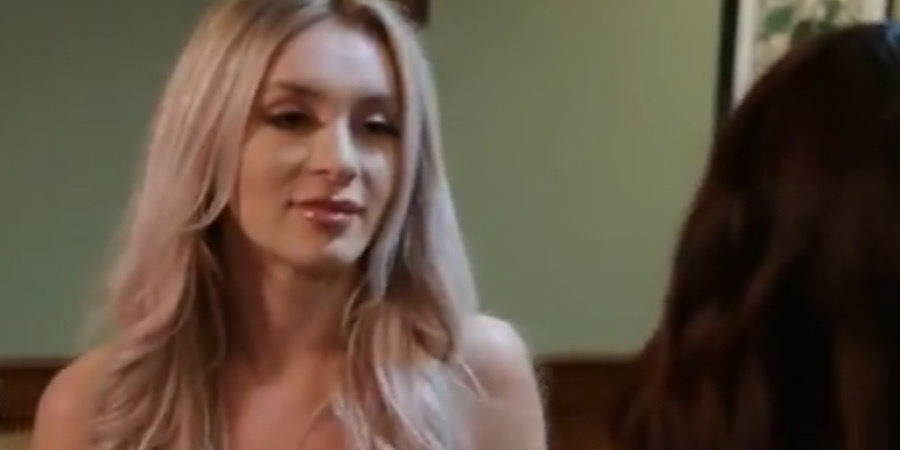 Yara wanted everything to be small when it came to her nuptials on 90 Day Fiance. Unfortunately, Jovi’s mother, Gwen did not listen to her future daughter-in-law. When it came to the engagement party, she believed bigger was better. And Yara was less than thrilled with the fanfare she walked in on.

Jovi’s mother, Gwen was not too thrilled when he announced he was marrying Yara. She felt Ukrainian women only wanted one thing- a Green Card. Both Yara and Jovi were desperate to prove her wrong. When it came to planning a wedding, Gwen wanted a large, lavish affair. This did not sit well with Yara or what she had envisioned. She wanted something small and whirlwind. Her idea of a perfect wedding was intimate and in Las Vegas.

Yara wanted no bridal party at all. According to records, she got what she wanted in February of 2020 when she and Jovi wed in Vegas. She did acquiesce and agree to an engagement party and in a clip from 90 Day Fiance, it is clear it is not what Yara had envisioned at all.

Upon walking in, she is blown away by the number of people gathered for the affair. This is not what she had anticipated at all. She assumed it would be small, a few people and this was just too much. Yara comments that to Gwen, small is “fifty people or something.”

The Bigger, The Better

Yara cannot get past how bridal the party is and she feels it is a bit over-the-top. There are cookies with the couple’s names on them. But, she admits she is feeling the love from Gwen, something she is not getting at the moment from her fiance. When the couple does their first dance, Yara gets mad that Jovi keeps touching her bum. She says this is a serious dance and he should treat it as so.

As Gwen is watching them dance, she tells the camera she can see how in love Yara and Jovi are. She says she was worried but thinks they will be good. Yet as they are dancing, Yara is repeatedly telling Jovi how much she hates him. Jovi notes her hormones are out of whack so she is especially crazy. He does add that he has not been on his best behavior but this is supposed to be a really special time for them. Jovie feels really lost when it comes to his fiancee and wishes he had an answer.

As viewers learned, Yara is expecting a baby. Their daughter was born in September of last year. She was just seen for the first time in Miami with her parents. Don’t miss Season 8 of 90 Day Fiance every Sunday night on TLC.