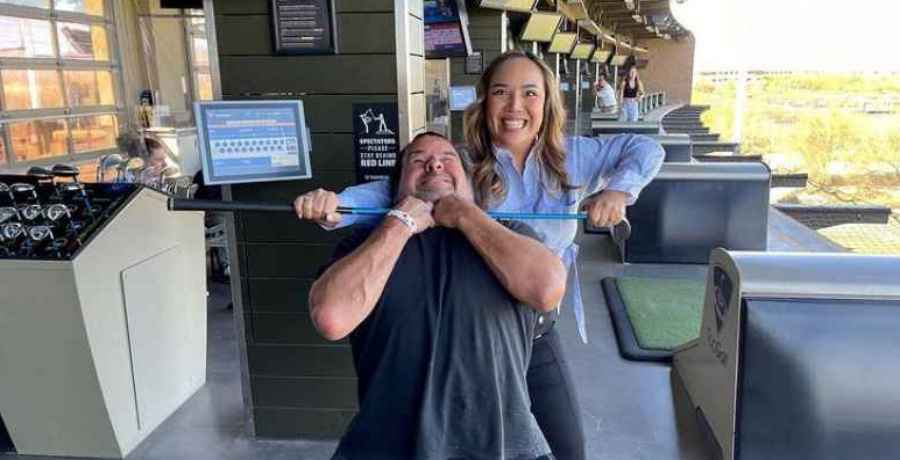 Friendships can be formed between fellow cast members in the 90 Day Fiance franchise. This is so with fan-favorite Before the 90 Day stars David and Annie Toborowsky and notorious Big Ed Brown. All three stars shared images on Instagram of their fun meeting. Some fans are happy to see them together, while others criticize the fact they are meeting up during the ongoing pandemic.

Let’s face it, Big Ed Brown is no fan favorite on 90 Day Fiance, especially after his treatment of Rosemarie Vega. Since their split, Rose has moved on to gain online success on YouTube. Meanwhile, Big Ed is continuing in the 90 Day Fiance franchise. Despite his lack of following, Ed will be starring on the discovery+ spinoff, 90 Day Fiance: The Single Life.

Meanwhile, David and Annie Toborowsky are a fan-favorite couple in the reality franchise. He and his Thai wife have featured in a number of spinoff shows, where Annie charms fans with her cooking and personality. Despite their current popularity, not everyone is fond of David, due to the way he behaved on the show. Those fans are not surprised to see Big Ed joining up with David and Annie in Arizona. This is even though most fans don’t like to see them mixing.

David hit Instagram with a photo of himself and Big Ed on February 17. In his caption, he wrote that they had such a great time. According to David, “Big Ed is so down to earth” and “enjoyable to be around.”

Meanwhile, Annie shared a photo to her own Instagram account with a little humor built-in. As noted by Screen Rant, the image shows her in the front seat of the car, with Big Ed sitting in the back. Her caption read, “We found this homeless guy walking around Old Town, Scottsdale! @thisisbiged Felt bad, so we gave him a lift. Where should we drop him off??”

David commented on the image, writing, “You told me not to pull over, but I loved the hair and need the secret.” Meanwhile, Ed did some sharing of his own, with a couple of TikTok clips, featuring Annie and David. In the clip with Annie, they joked about his iconic line, “You are my best view.”

While fans were angry to see the trio meeting up during the pandemic, some are thinking of giving Ed a second chance. If a fan-favorite couple like David and Annie can befriend him, can he really be that bad?

Fans can catch Big Ed on the discovery+ spinoff, 90 Day Fiance: The Single Life which drops on February 21. They can also catch Season 8 of 90 Day Fiance on TLC, Sundays at 8 pm ET.