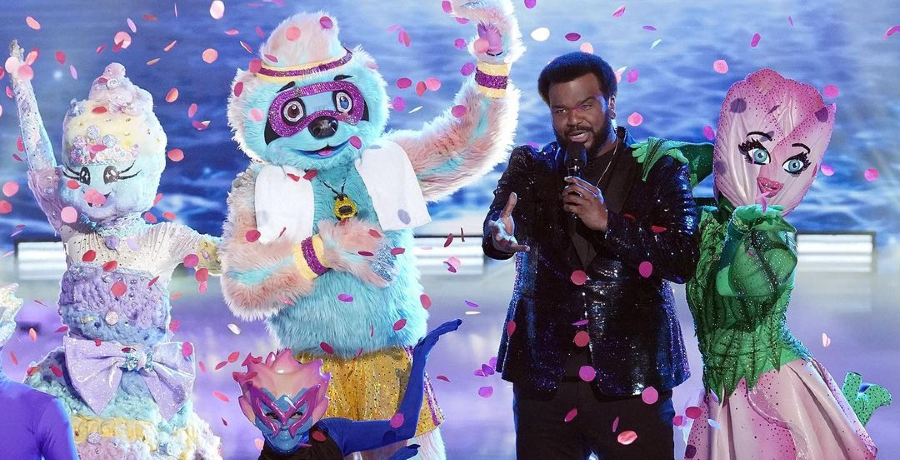 The Masked Dancer Season 1 wrapped up on Wednesday night. Fans are wondering if the show will get a second season. The ratings haven’t been terrific. Unfortunately, it hasn’t entertained viewers much like its predecessor The Masked Singer.

What started as an Ellen DeGeneres joke morphed into a spin-off series. On Wednesday, February 17, the dance moves and funny costumes came to an end. Gymnast Gabby Douglas revealed herself to be Cotton Candy. She was also hailed the winner after she impressed the panelists with her dance to “This Is Me” by Kesha.

Who were the other two contestants?

The Olympic gold medalist took home the first trophy. She beat the Sloth, who turned out to be Dancing with the Stars professional dancer Maksim Chmerkovskiy. This may not as come as a surprise to fans who are familiar with his dance moves. Then, the Tulip revealed herself as Mackenzie Ziegler, another professional dancer thanks in part to Dance Moms.

But it was Gabby herself who made it all the way through to the end. The gymnast proved that she also had fierce dance moves. The celebrity panelists had a feeling that Cotton Candy was some kind of athlete – especially with the clue package. Their guesses ranged from Simone Biles to Tara Lipinski and Michelle Kwan.

Cotton Candy, the Sloth, and the Tulip made it through the rounds. The first season also included Cricket, Disco Ball, Exotic Bird, Hammerhead, Ice Cub, Moth, and Zebra. The show also had some bizarre moments. For example, activist Elizabeth Smart was revealed to be the Moth, which no one could’ve guessed.

How Gabby Douglas stole the show

Gabby Douglas enthralled the panelists every week with her electrifying dance moves. One of her most memorable moments was when she swung around on an acrobatic ring, but unfortunately fell to the ground. Gabby may be an incredible athlete, but she joked that her dance skills are only “at 5%.” She said that she’s not used to “being in character” or dancing to “different genres” of music.

She credits her experience for winning the show. “If I could rewind and do it all over again I would,” Gabby said to Yahoo! Entertainment. “It is definitely inspired my passion to dance more.”

The Masked Dancer also had its own “Word Up” feature. Each contestant reveals a one-word clue to guess their identity. Gabby’s “Word Up” clues were “Cover Girl,” “Prayer,” “Primetime,” and “Team Player.” On Wednesday’s season finale, her “Word Up” was “Foundation.” Even with those words, it was hard to guess her identity.

The Masked Dancer Season 1 finale opened up with Cotton Candy, Sloth, and Tulip dancing to “I’ve Had the Time of My Life,” in which host Craig Robinson singing the male parts. What are your thoughts on the season finale? Sound off below in the comments.