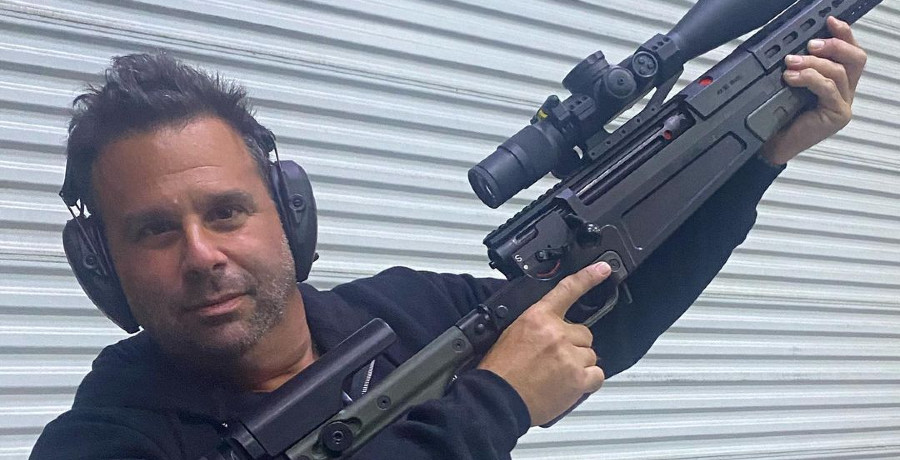 Randall Emmett shared a photo from the set of his new movie to express gratitude for an “amazing journey.” But for casual movie viewers, he gave a behind-the-scenes glimpse at how movies are made. What secret did the director reveal?

Wash Me in the River His Second Film as Director

Long-time Vanderpump Rules viewers finally met Lala Kent’s “man” Randall Emmett during Season 8. He had been mentioned in previous seasons, but chose not to appear on camera. He finally agreed to take part in the show, mainly to clear up misconceptions about his relationship with Lala.

During earlier seasons, much ado was made about Lala Kent’s unnamed “man.” In fact, her co-stars were forbidden from uttering his name until after the couple went public with their relationship.

Aside from being Lala Kent’s fiance, Randall Emmett is a well-known movie producer. But he recently tried out the director’s chair. The set of his directorial debut – Midnight in the Switchgrass – was where Megan Fox and Machine Gun Kelly began their romance. They both had roles in the flick.

The film director shared a photo of Jack Huston from the set that answered a movie mystery for many.

Movies and television shows love scenes involving solo motorcycle rides down picturesque highways. Some movie fans have always wondered how they film close-ups of the character on the bike. Randall Emmet’s photo answered that question.

The camera is set up over the handlebars, directly in front of the actor.

Several of Randall Emmett’s followers left comments that this was new information for them. Others said they loved Jack Huston on Boardwalk Empire and in his other roles.

Randall Emmett has found success filming his two directorial gigs in Puerto Rico. In fact, it was during a trip to PR with Lala Kent that fans began to speculate that she was pregnant. She wasn’t at the time, but she is now.

Count Lala Kent among the “pandemic pregnancies.” Along with four of her Vanderpump Rules co-stars, Lala Kent will have her first child this year. Stassi Schroeder was the first to give birth. Her baby girl, Hartford Charlie Rose Clark, turns two-months-old on March 7.

In September of 2020, Lala Kent announced she was expecting a baby with fiance Randall Emmett. Brittany Cartwright and Jax Taylor quickly followed with a pregnancy announcement of their own. Then came Scheana Shay, announcing she was pregnant with a rainbow baby after miscarrying last summer.

Late last month, Lala gave fans a glimpse at her growing baby bump. She was 30-weeks pregnant at the time. She joked that if fans feel she’s been “pregnant forever,” so does she.

All three Vanderpump Rules stars are due in April.

Randall Emmett has yet to announce a release date for Wash Me in the River. It’s unclear if Vanderpump Rules will return for another season.

Gleb Savchenko And Elena Samodanova Vacation Together Amid Divorce
‘Unexpected’ Star Caelan Morrison Posts Easter Photo Of Kids Against Mom’s Wishes – (Photo)
Will Jordan Rodgers Nab An Invite To His Brother’s Wedding Amid Family Feud?
Hannah Brown Talked About Living Up To Impossible Standards Of Pageant Life
TLC’s Whitney Way Thore Clams Up Over The Past Month