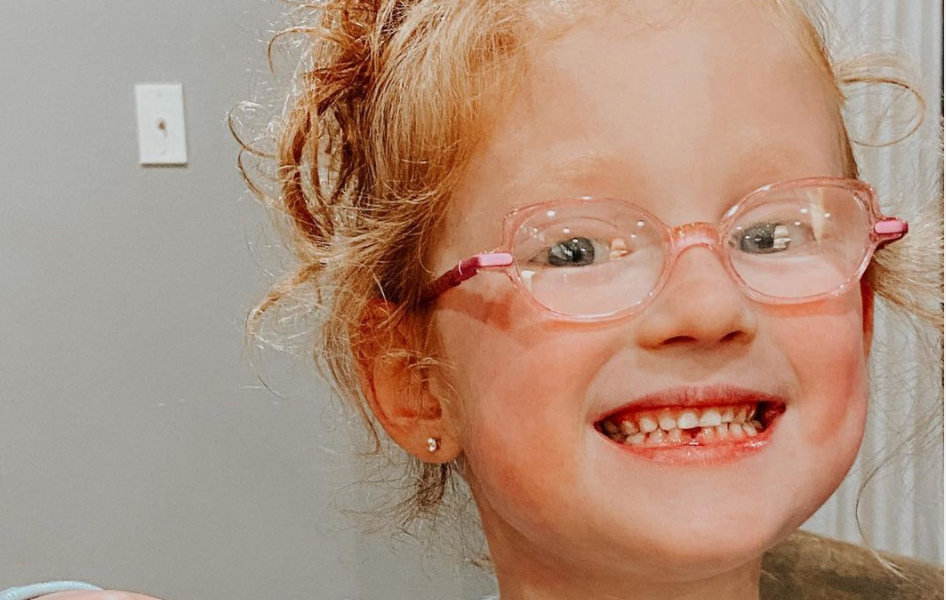 OutDaughtered quintuplet Hazel Busby, her sisters Riley, Olivia, Ava, Parker, Blayke Busby, and parents Adam and Danielle Busby soon return to TLC for a new season of their family’s hit TLC reality show. This season was filmed during the pandemic. However, it was after the major lockdowns were lifted. So camera crews were allowed to return to film the family for a new season.

This season’s chock full of family fun and adventures after being cooped up inside for weeks. Plus, this season, we will meet the boy who stole Hazel Busby’s heart. Yes, little Hazel Busby is the first of her sisters to have a boyfriend. Here’s what we know about  Hazel’s first love.

OutDaughtered sassy quint Hazel Busby prefers to be around boys than her sisters. Her teacher says if given a choice in school, Hazel will always sit next to a boy rather than a girl. Certainly, this five-year-old is far from shy. So it also comes as no surprise Hazel Busby is the first of her bevy of sisters to have a boyfriend. She’s even beat her older nine-year-old sister Blayke Bubsy to be the first Busby girl to “date.”

OutDaughtered fans can rest easy. Hazel’s boyfriend is the son of family friends. The families have been friends for years. So this is just a mere case of puppy love and a crush. However, Hazel’s family rather enjoys teasing her about having a boyfriend. Hazel doesn’t really mind. She’s one confident little lady.

This season on OutDaughtered, we will officially meet the boy who causes Hazel Busby’s heart to skip a beat. Her boyfriend’s name is Graham, and he was the tallest boy in Hazel’s class at school. Now with school out for summer, Graham and his family spend time with the Busbys and celebrate his birthday.

Of course, Hazel Busby just had to be next to her man. Look at how adorable she is as she makes sure she gets to put her arm around Graham for this innocent birthday photo. Hazel’s Uncle Dale had a thing or two to say about his niece “dating.” According to him, she’s not allowed until she’s 30.

Also, this season on OutDaughtered, Hazel Busby finally gets to see her eye doctor. Her parents certainly had concerns that Hazel’s eyes were getting worse. So having an appointment was needed to put their fears to rest.

Luckily Hazel doesn’t need a second surgery at this time. However, she did need a stronger prescription for her eyes. This is the best possible news for Hazel and her parents. No doubt surgery was the worst-case scenario. Hazel rocks her eyeglasses so well that her fellow quints even request sunglasses like Hazel’s glasses to match their sister.

Make sure to check TV Shows Ace often for all the latest OutDaughtered news, updates, and spoilers.

More Lifetime Summer Of Secrets Movies That Start Memorial Day!
Gleb Savchenko And Elena Samodanova Vacation Together Amid Divorce
Who Did Matt Roloff & Caryn Chandler Celebrate Easter With This Year?
Chrisley Wedding Secretly Happened Recently — See Who Said ‘I Do’
Is Anna Duggar Hiding A Baby Bump In New Photo? Looks That Way