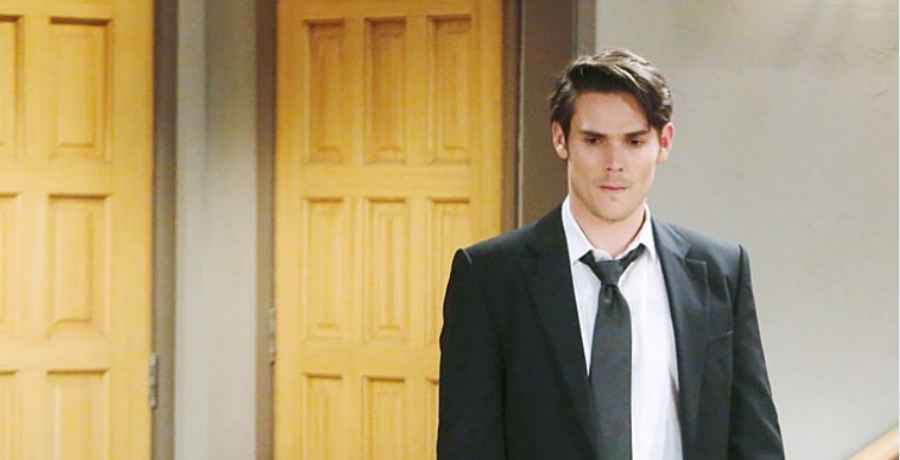 Mark Grossman has been playing the role of Victor Newman’s outcast son, Adam on The Young and the Restless for almost two years. In a recent interview with Soap Opera Digest, he describes playing the role as a “wonderful journey.” While it took some time to get into the role, within four or five months he was beginning to feel more at ease.

The Young and the Restless star Mark Grossman

Mark Grossman took the role of Adam Newman on The Young and the Restless in May 2019. He said at first, he found it difficult and it took four or five months to get used to everything. By that time, Grossman had got to know everyone and had a feeling for the lay of the land. Mark said this involved getting accustomed to the sets and the pace of the show. There was also the matter of learning to retain so much dialogue.

However, Grossman still doesn’t feel completely at ease with his job. He said, “To be honest, I still don’t feel totally comfortable.” Mark explains that there are so many things at play, as the storylines are always fluid. This means you never know where they are necessarily going. The soap actor feels he is constantly trying to figure out his character. Naturally, a lot also depends on the storyline and where it is heading.

The support of Y&R co-stars

Grossman said how grateful he is for the support of his co-stars, who helped him feel at home on the show. He recalls being screen-tested with Sharon (Sharon Case) and having time to talk to her when there was some downtime. Sharon was the first fellow cast member with whom he built any rapport. Meanwhile, he asked her around 7,000 questions. When he heard that he had got the job, he had a month to pick her brain on “everything Genoa City.” Mark is sure he “annoyed the hell out of her.”

Other The Young and the Restless veterans were also generous with their moral support. Mark mentioned Peter (Jack Bergman) came up to him on his first day and couldn’t have been nicer. He gave him plenty of “advice and words of encouragement.” Grossman then mentioned his on-screen dad, Eric Braeden, saying he has also been wonderful to him. He said he can approach him with any question and he is always helpful.

Y&R and the pandemic

The actor was approaching his first anniversary on The Young and the Restless when the pandemic forced a shutdown in production. He said finding himself quarantined at home “was a shock” as it was for many people. Grossman said he was soon going a “little stir-crazy,” as he is the type of person who likes to be out doing things. While it was difficult at first, he did eventually adapt to the situation and it became the “new normal.”

However, now the soap is up and running again, Mark has some regrets. He wishes he had done something productive during his time off. For instance, Grossman says he has always wanted to learn how to play the drums and it would have been a perfect time. Instead, he says he ate a lot and “got really fat.” In fact, he reckons he put on 20 pounds. However, he also went home to Arizona for a month to be with family.

One positive event of the quarantine was Grossman’s nomination for a Daytime Emmy for Outstanding Supporting Actor. He said that was “really nice.” This meant a lot to him, especially as his role has been played by some “very talented actors.”

Mark said getting a nomination in his first year was “incredible.” Grossman and his other cast members watched it together on Zoom. While he didn’t win, just being nominated was amazing enough.

Back to work on The Young and the Restless

In mid-July of 2020, the soap resumed production. This meant Mark had to get to work, shedding that extra weight. He said it was “all diet and working out” for him. Despite this, he was thrilled to reunite with the cast and crew. Grossman said they all have a great working relationship. While they take their jobs seriously, they do try to keep things light and have fun. Mark was particularly grateful to be working, as so many weren’t able to work at that time.

Grossman feels he is, at heart, the same guy as when he started on Y&R, saying he is still a “homebody.” However, he feels the experience he has gained has influenced him as a performer. The actor said, “It’s been a real treat and I feel so grateful.”

Keep up with Adam Newman’s storyline on The Young and the Restless, weekdays on CBS.