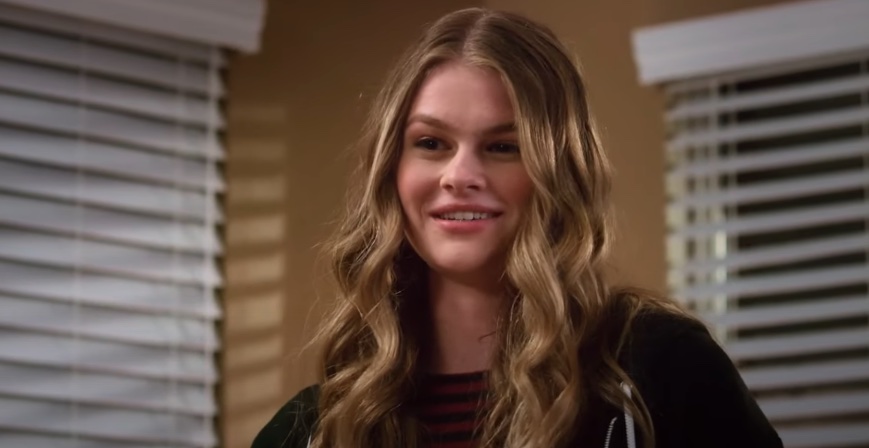 Cheerleaders are supposed to entertain and lift the spirits of a crowd. What happens if things turn deadly? To find out, catch Lifetime’s Dying To Be A Cheerleader. This stars Dominique Booth (Boogeyman Pop), Kalen Bull (The Wrong Cheerleader: Back In Action), Ashlynn Yennie (Hidden Intentions) and Nicolette Langley (Beware Of Mom).

Are you ready to learn more about LMN’s Dying To Be A Cheerleader?

What Is Lifetime’s Dying To Be A Cheerleader About?

According to LMN synopsis, When the new girl in town tries out for her high school’s cheerleading team, she unwittingly humiliates the most popular girl in school, leading to deadly consequences. Ready to dig right in?

After her mother’s untimely death, due to alcoholism, Darcy (Booth) is ready for a fresh start. She moves in with her wealthy aunt Cassandra (Yennie). On her first day, Darcy watches the school’s cheer team, The Amazons, practice led by Taylor (Bull) and Taylor’s best friend, April (Langley).

The practice ends in a heated argument that causes one of the cheerleaders to break her ankle. Did someone possibly trip her? Still, Darcy wants to try out. However, Taylor stops her. She becomes jealous after seeing Darcy with her jock boyfriend. Taylor thinks Darcy is hitting on her boyfriend.

But, Darcy is told that if she wants to be a cheerleader, she had better get along with Taylor. She is in charge of this crew.

Suddenly the focus changes. Darcy’s flirtation becomes the least of everyone’s concerns when one of the cheerleaders is found dead in the gym showers. Worse yet, Darcy appears to be the one to blame. Soon, deadly pranks, blackmail, and even murder begin to surround Locklear High, and it all leads back to Darcy and The Amazons.

Can Darcy prove her innocence before she becomes a victim?

Lifetime has a whole slew of great thrillers to watch in 2021. Don’t forget to catch His Killer Fan on Friday, February 18, at 8 p.m., on LMN. This is the story of an aspiring singer/songwriter who gets the opportunity of a lifetime. She gets to go up on stage and perform a song she wrote, with a famous rock superstar.

Ariana has more than a little crush on Josh. But, he sees Ariana’s friend Kaylee in the front of the audience. Now, he is in love with her, ignoring Ariana. Things just may get a bit deadly. Be sure to watch for yourself.

When Does Dying To Be A Cheerleader Premiere?

Lifetime’s Dying To Be A Cheerleader premieres on Thursday, February 18 at 8 p.m., on LMN.