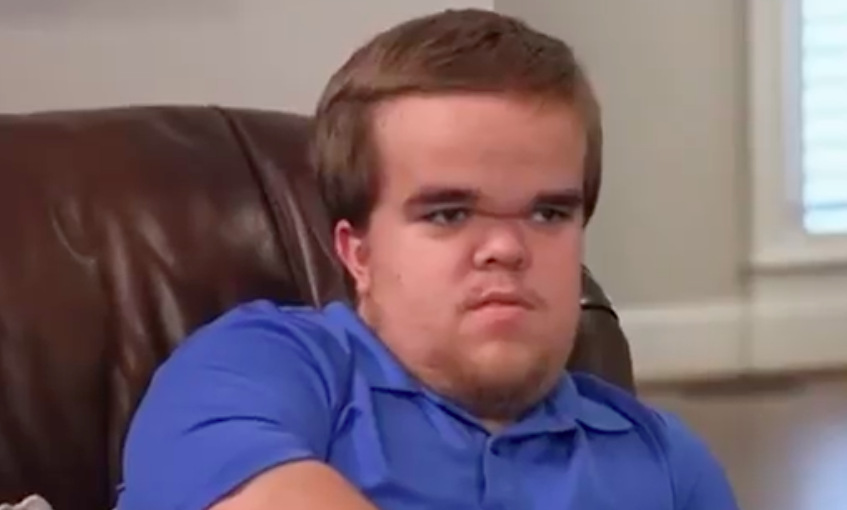 The 7 Little Johnstons ended their season on a less than high-note giving Jonah a timeline to get his life together and move out. So how are fans reacting to Amber and Trent laying down the law?

Prior to the mid-season finale that aired on February 16, it seems fans have had several issues with the Johnstons lately. Fans were previously unhappy with the fact that the show started focusing too much on the intimate lives of Amber and Trent.

Then fans were in a tizzy over how conservative they acted when Jonah’s girlfriend Ashley visited. Jonah is 21, but they would not allow the young pair to share a bedroom. Ashley came to visit during Jonah’s break from college due to the coronavirus pandemic.

Now the 7 Little Johnstons mid-season finale showed fans Jonah’s behavior after Ashely left. Once again Jonah became grumpy and short with Amber and Trent. His parents are over it, so once again, they all three had a family meeting.

They are tired of his attitude and sluggish ways. According to Hollywood Life, it seems that his parents feel Jonah won’t learn financial responsibility and get motivated unless he becomes independent.

Will Jonah have to be out of the house soon?! Tune in to find out in an all new #7LittleJohnstons TONIGHT at 8/7c. 🏠 🤭 pic.twitter.com/NY41fDFjca

So how did fans react to hearing Jonah’s parents give him a timeline of three months to get his act together and get out on his own?

It seems 7 Little Johnstons fans are actually having a lot of mixed feelings about it. Some fans believe it’s time for tough love and Amber and Trent are doing the right thing.

One fan wrote on Instagram, “He should have more than enough money seeing that he’s been on a television show for many years!” While another just simply agreed saying, “Yup..tough love it is.”

Several fans said they were unsure about this tough-love approach because they “never see them giving ‘soft’ love. Never hugging or saying I love you to these kids.”

Along these same lines, it seems the Twitter crowd thinks what Amber and Trent are doing is wrong with several fans saying they still like the kids, but now find the parents annoying.

One viewer wrote, “They are a pair of control freaks…. I used to watch the show but the parents put me right off it now….”

It seems fans are torn between understanding tough love is good for some children and believing the parents are just trying to control their grown children.

What do you think of Amber and Trent Johnston giving Jonah a timeline to get independent? Let us know what you think in the comments below. Be sure to keep an eye out for reports of when 7 Little Johnston’s will return later this year!