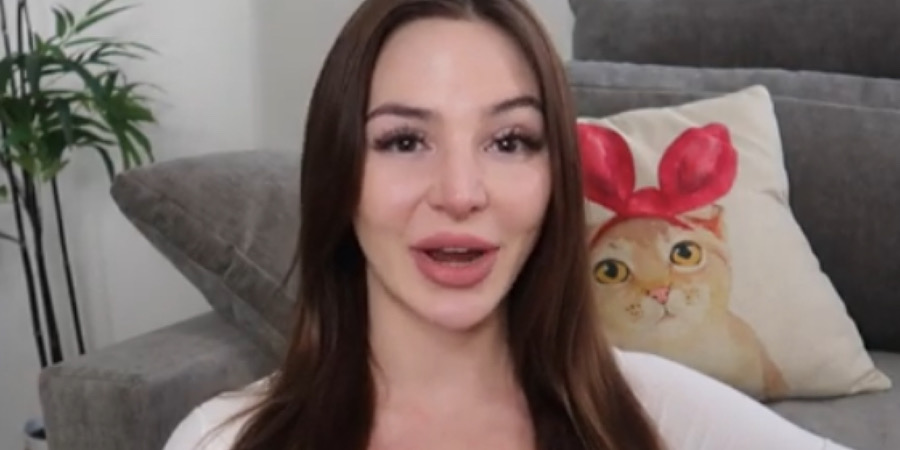 Viewers were introduced to Anfisa Arkhipchenko in Season 4 of 90 Day Fiance. Along with her fiance, Jorge Nava, she was only happy when she was getting lavish gifts. And if that did not happen, she pouted like a child. Friends and family were convinced Anfisa was a gold digger, a claim she disputed. They have both moved on and the Russian personal trainer is reflecting on her TV time.

Jorge’s family tried to warn him about Anfisa, whom he met on Facebook. He was blinded by love once he traveled to Spain to meet her. It was clear from the start she wanted an American man to take care of her. Around the time the K-1 visa was to be approved, she demanded Jorge buy her a 10K purse. To her surprise, Jorge refused and their fairy tale began to unravel. Despite not getting the material items she desperately wanted, Anfisa came to America to marry Jorge.

They were happy for a short period of time but he was eventually arrested for excessive weed possession. Jorge was sentenced to nearly two years in prison and accused his bride of cheating on him while he was away. He also lost around one hundred pounds behind bars, claiming this made Anfisa resent him even more. After he was released, he was ready for a fresh start. The marriage was over, Jorge found a new woman and is now expecting a baby. As for Anfisa- she is ready to face her past. And viewers/fans are not having it.

Anfisa Faces Her Past

In a YouTube video, Anfisa decided to look back on her time on 90 Day. She shared commentary and what was really going on behind-the-scenes. Anfisa opens by saying she knows this video is long-awaited. However, the show took a big toll on her mental health, and now she is ready. She downloaded some clips to watch and will be completely honest. Anfisa starts with a clip where she says she wants a 10K monthly from Jorge. This was after she told Jorge she wanted to be a model but he preferred her to stay at home. If that were the case, she felt she should have an allowance.

She also added she has a very sarcastic sense of humor and was playing up the stereotype of traditional Russian women. Anfisa believes now that it did not translate well. As for trying on the most expensive wedding dress, it was actually the producer’s choice to have her go through with that. A large part of the video is Anfisa claiming she was playing up the Russian gold-digger stereotype but the commenters on Reddit had mixed feelings.

Some could not get past how different she looks, noting fillers, Botox and more. Another could relate to Anfisa’s humor, saying, “I can relate. We have similar humor and no one gets me.” But, there were still questions. How does Anfisa justify keying Jorge’s car? And is domestic abuse ever justified? The thread did include viewers who felt Jorge gas lit Anfisa a lot. “I honestly believe her side 100%. Jorge is a gaslighting slimebag.”

Whatever the feelings of now, several commenters feel Anfisa has grown tremendously and hope for a part two of this video. What do you think? Has she grown or is she still the same Anfisa from Season 4? Let us know in the comments below.