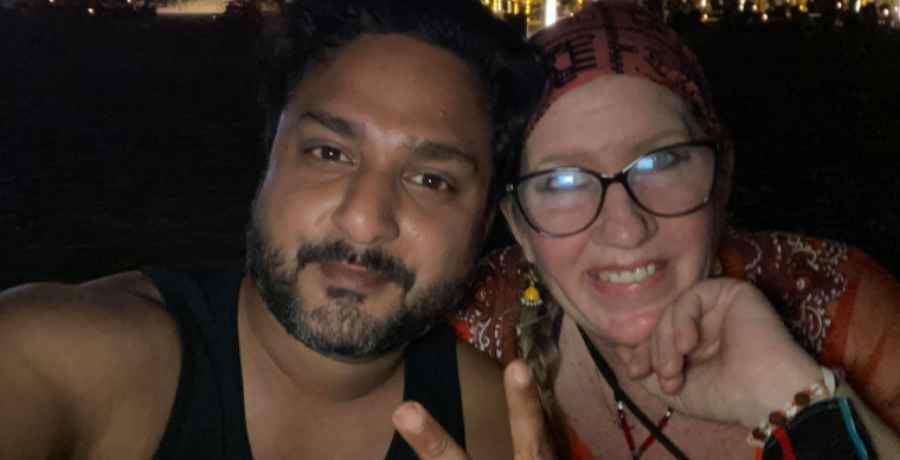 90 Day Fiance: The Other Way couple Jenny Slatten, 62, and Sumit Singh, 32, have been experiencing a wonderful vacation in Goa, India. This beautiful, laidback part of India is obviously paying off, as new images of Jenny reveal her in her beautiful beachwear.

It hasn’t been an easy road for 90 Day Fiance: The Other Way star, Jenny Slatten and her online love, Sumit Singh. Their relationship was based on catfishing. Sumit posted as Michael Jones from Chicago with a pic of a handsome man to catch his fish.

Despite this fact, it didn’t stop Jenny from traveling to India to be with her online love. Initially, she spent time at Sumit’s parents’ house, pretending to be a friend. However, Sumit’s parents, Anil and Sahna soon caught on to the chemistry between the pair.

The next visit to India saw Jenny discovering that Sumit was in an arranged marriage. Anil and Sahna had arranged this to keep him from his older girlfriend. This devastated Jenny, who returned home, heartbroken. Eventually, Sumit did divorce his wife, leaving things open for him and Jenny.

However, Sumit’s parents are rigidly against their union. In fact, Sumit’s mom said they would marry over her dead body and she meant it. Sahna would rather kill herself than see her son married to the older American woman.

Even worse for the May-December pair, a scandal erupted on 90 Day Fiance Bares All. On the show, Sumit admits he was “shocked” when he first saw Jenny, as she had shared blurry pictures of herself in 2011. He had no idea she was “that” old.

Things are looking up for Sumit and Jenny?

Jenny did finally get her promise ring in the finale episode and things seem to be looking up for the couple. This is especially so when looking at Sumit and Jenny’s vacation in gorgeous Goa. In fact, Jenny has been sharing some images of their time on the beach, where she looks much younger than her age. Jenny is positively glowing and looks stylish in her local wear.

Jenny has been sharing their vacation photos on her Facebook and they seem to have been in Goa for a while. In fact, recently Jenny hinted at moving to Goa with Singh, likely to put more distance between them and his parents.

Looking at the images, Jenny can be seen posing in a beautiful orange outfit complete with a headscarf and matching wrap. In another, she wears a black, sleeveless dress and a huge, beautiful smile.

Looking at the comments to her posts, it seems her 90 Day Fiance fans are impressed by her new look. One wrote, “Jenny, you put beauty in Goa!” However, another does wonder how Jenny is able to travel freely with her being so well-known. Jenny responded, saying, “We get recognized but not too much.” The fact that Jenny and Sumit do not appear to have tied the knot yet, could be a sign. Maybe they will star on Season 3 of 90 Day Fiance: The Other Way. Alternatively, as theorized by Screen Rant, maybe they are married and their time in Goa was their honeymoon? We will just have to wait and see.