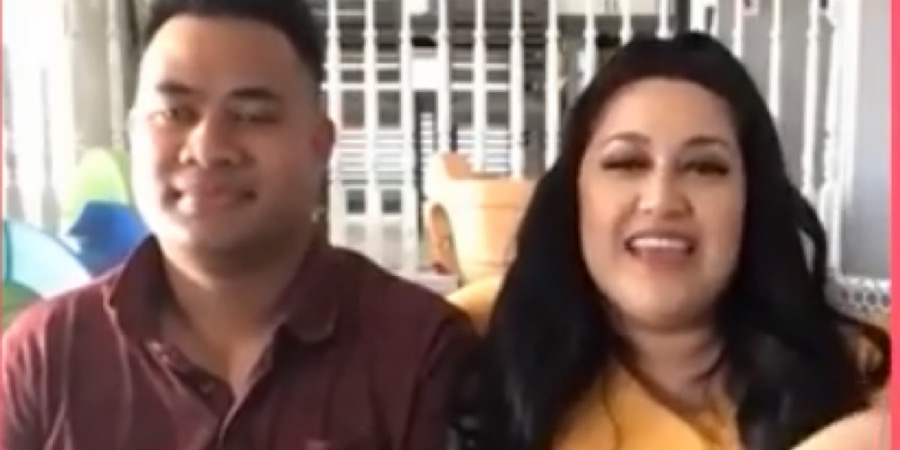 Kalani and Asuelu became fan favorites on Season 6 of 90 Day Fiance. But, their dynamic started to shift when they appeared on the spin-off 90 Day Fiance: Happily Ever After? Familial struggles from his side started to cause a marital divide. Viewers began to wonder if it would be too much to keep them together. Entertainment Tonight recently caught up with the duo to see where their relationship stands as of today.

Kalani and Asuelu’s romance was very pure. On a vacation in Samoa, Asuelu caught Kalani’s eye as he was working as the activities director. The feeling was mutual and he actively sought her out while she was vacationing. She liked it enough that she soon returned to Samoa where she lost her virginity to Asuelu. She soon became pregnant with their son, Oliver. The two became engaged and made plans for Asuelu to move to America, despite Kalani’s family is extremely reluctant.

The two went onto have another baby, Kennedy but there was always a problem. Asuelu’s family consistently asked for money from him. His mother and his sister felt they could bully both Kalani and Asuelu into getting what they wanted. It caused a great divide. Furthermore, when the quarantine happened, Kalani worried Asuelu was not taking it as seriously as he should be. He just wanted to get out and be active but it was not the right time.

Eventually, Asuelu got a job that made him happy and seemed to be in an overall better place. So, how are they now?

Where Do Asuelu and Kalani Stand Today?

Kalani’s father is now teaching Asuelu how to play golf and it is great bonding. He feels it is a great opportunity to make good money the better they get. The two used to be confrontational but now, the pandemic has allowed them to grow closer. Kalani’s dad is working in California and living with them so when it rains, he is at home. This forces the two men to bond. It’s a huge weight off of Kalani though she notes her dad does side with Asuelu more than her.

As for baby number three, they are trying but no luck yet. Because of the pandemic, it has shifted them. They are not in a great or perfect spot but they are doing okay, both putting in the effort. Does Kalani still want to walk out like she used to? She admits marriage is very hard and you never really know, you just keep trying. Behind the camera, she loves Asuelu’s soul and he is a very good person. That is what keeps her around. And he is funny so they address his love for TikTok videos.

As for Kalani’s relationship with Asuelu’s, sister, it’s there. No better and no worse. But, the important part is they are still together and they are still trying. Are you happy for this 90 Day Fiance couple? Let us know in the comments.