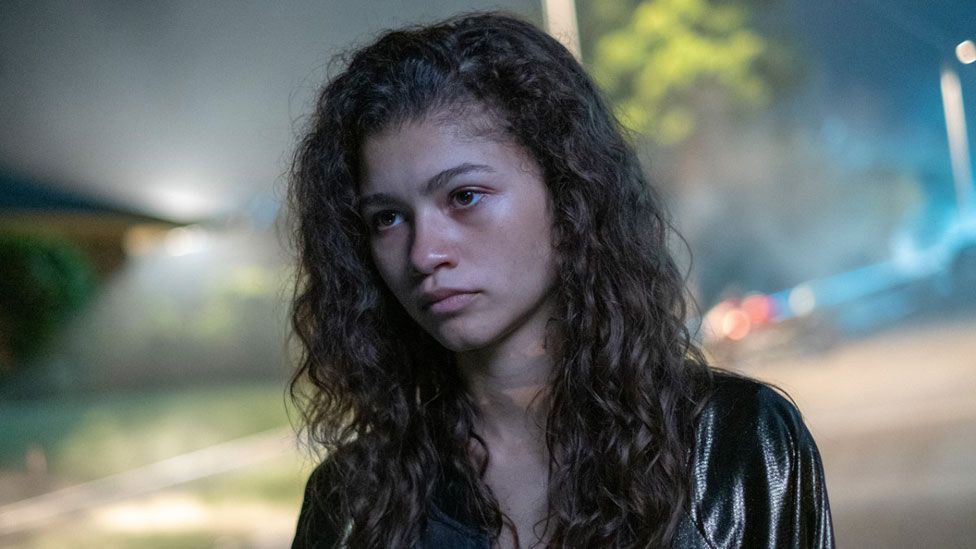 From Disney star to HBO troubled teen Rue on Euphoria, Zendaya has navigated the Hollywood fast track since she was a young girl.  Now the 26th annual Critics Choice Awards recognizes her accomplishments and have bestowed the coveted SeeHer Award to the young actor who is poised to be a major A-lister.

Announced today by the Critics Choice Association (CCA), Zendaya will receive the 5th Annual SeeHer Award given to an actor who is exemplary in her chosen roles.

About the SeeHer Award

SeeHer is a global movement for honest portrayals of women and girls in media.

The SeeHer Award recognizes a woman whose values were set forth by the SeeHer movement, to “push boundaries, defy stereotypes and acknowledge the importance of authentic portrayals of women across the entertainment landscape.”

Led by the Association of National Advertisers (ANA), SeeHer is a collective of leading marketers, media organizations and industry influencers committed to creating advertising and media content that portrays women and girls as they truly are.

About the 26th Critics Choice Awards

Actor Taye Diggs is serving as host during the televised ceremony airing on The CW on Sunday, March 7, 2021 from 7-10pm ET/PT.

“We are so proud to be a part of the Critics Choice Awards, and celebrating our fifth SeeHer Award,” said Nadine Karp McHugh, President, SeeHer in a press statement. “We are delighted to be presenting the award to Zendaya, who is such a strong representation of what it means to be a woman in 2021. One of the busiest rising stars in Hollywood – with a generation of Disney Channel fans, Marvel devotees and ‘Euphoria’ evangelists – she is a role model and leading voice of her generation. From being the youngest actress to win an Emmy for Outstanding Lead Actress in a Drama Series to using her platform to advocate for Black women in Hollywood, she is showing the next generation that you are never too young to use your voice to make a difference. Inspiring girls everywhere to see themselves in their full potential, Zendaya represents everything SeeHer is.”

Emmy Award-winning actor Zendaya hails from Oakland, California to two teachers, Zendaya grew up performing, having spent a lot of her time at the local theater where her mother worked.

She stars in Netflix’s Malcolm & Marie, which she also serves as a producer. Her role as Marie earned her a Critics Choice Award nomination for Best Actress this year.

The film world saw Zendaya make her move in 2017, when she played the role of MJ in Marvel’s Spider-Man: Homecoming followed by its 2019 sequel.  She recently starred in the HBO and A24 hit series Euphoria for which she won the 2020 Emmy Award for Outstanding Lead Actress in a Drama Series.

She can next be seen in Warner Bros. movie Dune which will be released in October 2021.

The CCA Awards are bestowed annually to honor the finest in cinematic and television achievement. Historically, they are the most accurate predictor of Academy Award nominations. There are separate award ceremonies for documentaries, Real Awards, The Super Awards, and television.

The 26th annual Critics Choice Awards show will be produced by Bob Bain Productions and Berlin Entertainment. The CCA is represented by Dan Black of Greenberg Traurig.

The show will continue its combined Film and Television awards format, honoring the finest in both cinematic and televised/streaming achievement. In response to the COVID-19 pandemic, the 26th annual Critics Choice Awards show will be an in-person/virtual hybrid, with Diggs and some of the evening’s presenters filming from a stage in Los Angeles, and nominees appearing remotely from various locations around the world.