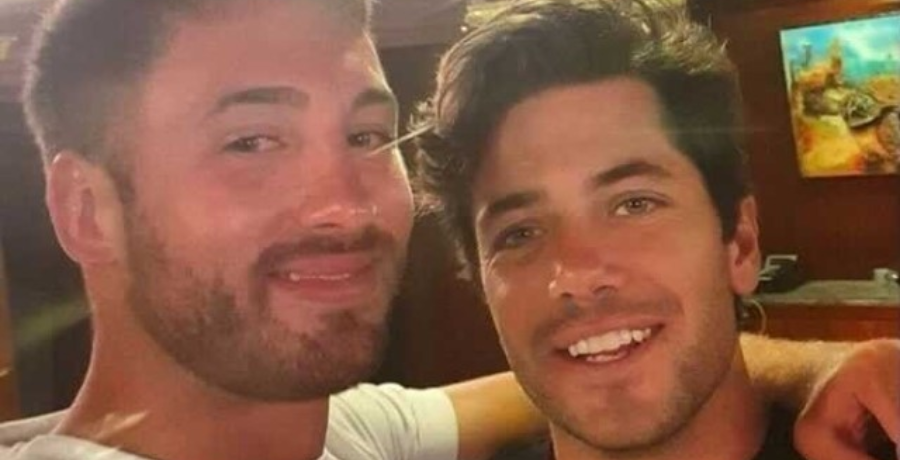 The Below Deck Season 8 reunion is set to kick off next week. More secrets and surprises will be revealed. Plus, all the fired crew members will make a return. Chef Rachel Hargrove quit the show at the start of the charter season. Her iconic firing came from one of the most explosive preference sheet meetings in the history of the show.

Just 24 hours later, Rachel returned to My Seanna and asked Captain Lee Rosbach for her job back. He willingly gave her her job back. But that was because he was desperate since he couldn’t find another chef while at sea.

However, she wasn’t the only one who wanted to quit the charter season.

Which Below Deck member wanted to quit?

Host Andy Cohen spoke with the Below Deck crew as part of the Season 8 reunion. In the preview posted by Bravo TV’s Insider, he mentioned Rachel’s firing. He also asked which other crew members “considered quitting this season.” One of them shockingly admitted that they “thought about dipping out a few times.”

“Show of hands. How many of you considered quitting this season?”

No one raised their hands. Izzy Wouters said that she “didn’t consider quitting,” but she thought she was “going to get fired.” Deckhand James Hough wondered if he was going to be the only one with his hand up. He admitted that he wanted to quit early on in the season.

At first, he joined the yacht to vacation and have a good time. He even admitted it in his confessionals. He thought yachting was more like being on a permanent vacation. But during the reunion, James said he thought it was about working hard and having fun.

While he was working his hardest, he wasn’t enjoying himself. That’s when he considered jumping ship. But he’s glad that he ended up sticking around. He thinks that sticking it out “made it better” for the crew.

But Elizabeth Frankini had the “most dramatic exit” yet

On Monday night, Below Deck fans witnessed Elizabeth Frankini’s firing. Chief stew Francesca Rubi had enough of the third stew all season. She finally got her wish and fired her. Of course, Elizabeth’s exit was quite emotional. During the Below Deck After Show, she admitted that she wasn’t going to “leave without a fight.”

“It happened, and then I was like, all right, now I got to full charge, fight for my position because that’s how strongly I felt I deserved to be there,” Elizabeth said. “I would be a good addition to this team still.”

Then, she continues, “I would be a good addition. I would add value to these charters.”

Even some of Elizabeth’s fellow My Seanna crew members noticed her emotional departure. For some reason, she seemed shocked over her firing. Lead deckhand Izzy Wouters called it “quite honestly the most dramatic exit of any job I’ve ever seen” during the Below Deck After Show.

The Below Deck Season 8 reunion airs Monday night at 9 p.m. ET on Bravo.