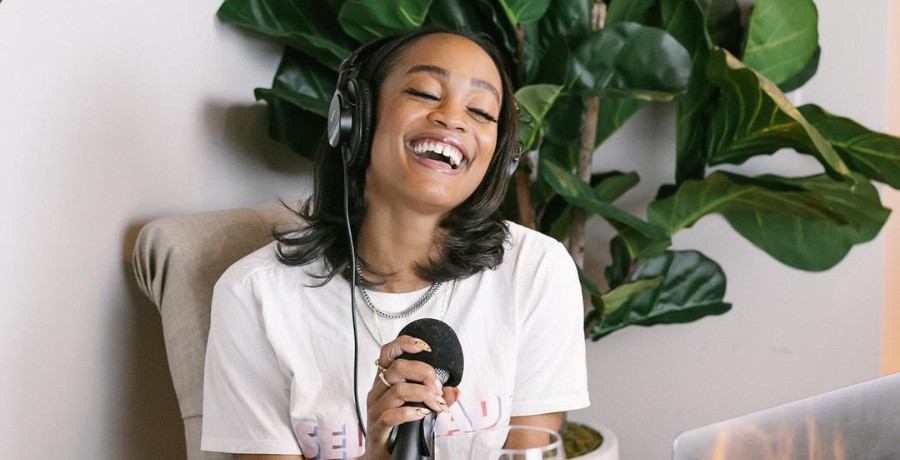 Rachel Lindsay is not afraid to speak her mind. Despite the constant hate she gets from Bachelor Nation fans, she keeps it moving. She just announced she’s the new co-owner of the FCF team Wild Aces.

Earlier this week, she answered fan questions in a Reddit AMA. In one of her answers, she threw a whole bunch of shade at a former Bachelor.

The AMA was hosted by Van Lathan, Rachel’s co-host for the Higher Learning podcast. Us Weekly notes that they often use the term “weenie” on the podcast. It is often used to describe someone or someone’s behavior they don’t particularly like.

During the AMA, a fan asked Rachel, “”Who is the weeniest weenie you’ve ever roasted?”

Rachel didn’t hesitate in her response. She replied, “In Bachelor Nation?…. Colton [Underwood.]”

She didn’t elaborate on why she felt that way.

Chris Harrison’s disastrous interview with Rachel on Extra was a hot topic for her Friday podcast. At one point, Rachel took a moment to give a shout-out to a comment Van left on Chris Harrison’s Instagram: You’re a “weenie.”

Did ABC Purposely Cast A Racist on Rachel Lindsay’s Season?

It seems that Rachel agrees with that assessment. During the AMA, Lee’s name came up. She said that at first, she gave ABC the benefit of the doubt, thinking the suitor “slipped through the cracks” of the vetting process. Once Lee was on the show, racist and sexist tweets resurfaced. The Bachelor Nations contestants go through several rounds of background checks, including a social media sweep.

However, Rachel now feels differently. She believes that the network purposely let Lee on to “add controversy.”

Many fans wonder if the same thing happened with Rachael Kirkconnell. She was the one Chris Harrison was defending on Extra. While her social media wasn’t overtly racist like Lee Garrett’s, she attended an “Old South” party in college. Her sorority banned such parties two years before Rachael attended one.

In the former Bachelorette’s opinion, Rachael did slip “through the cracks.”

Despite her many irons in the fire, Bachelor Nation viewers may see and hear less of Linsday going forward. She is considering not renewing her contract with the franchise.

A new season of The Bachelorette is coming in 2021. The network has yet to declare a lead for Season 17. A majority of fans are rooting for Abigail Heringer to get another chance to find love.