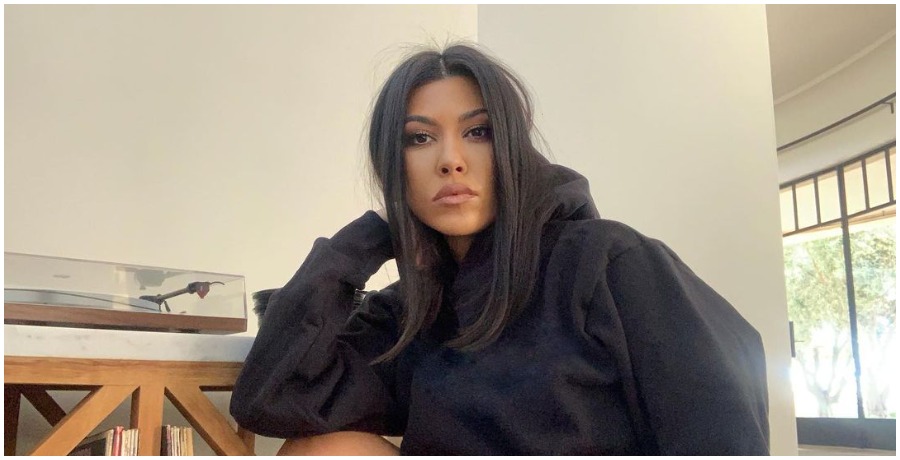 Kourtney Kardashian isn’t hiding her love for her new boyfriend Travis Barker any longer. The reality TV star made the relationship Instagram official this week when she posted a photo of herself holding hands with the Blink 182 drummer.

In the shot, Kourtney and Travis appear to be in a car as they clasp hands. Kardashian has her long nails manicured and tipped in a red heart-shaped design. Meanwhile, many of Barker’s hand tattoos were also in clear view.

Kourtney shared the photo to her Instagram account on Tuesday, just a few days after Valentine’s Day. Although the mother-of-three didn’t post a caption to go along with the snap, her fans were quick to weigh in about the photo. The telling shot quickly gained over 3 million likes and over 23,000 comments. Many of the comments were from fans who happen to love the pairing between the reality star and rocker.

According to Us Weekly, Kourtney Kardashian and Travis Barker have been good friends for years. However, they only recently decided to take their relationship to the next level. Sources also reveal that the duo’s kids have helped to pull them together. “They have been close friends for years and have been dating for a couple months, Travis is very smitten with Kourtney and has been for a while,” an insider told the outlet.

“Kourtney loves the way Travis is as a dad and how involved he is in his children’s lives, just like herself. He makes her laugh hysterically, and she just adores that about him,” another source previously dished.

While Scott and Amelia, who is the daughter of Harry Hamlin and Lisa Rinna, have been spotted out together numerous times by the paparazzi, sources tell ET that things aren’t serious between the two. An insider shares:

“Scott and Amelia are having a blast together. They’ve been going out with friends, spending time together and overall just having a really good time. They’re still not super serious and are just taking things day by day and keeping things light and fun.”

The source added that Amelia doesn’t want to be in an extremely committed relationship. In addition, Scott reportedly likes the fact that the model is “low key” and easy-going about their romance.

Of course, many people — including members of the Kardashian family —would love to see Kourtney and Scott back together. However, that doesn’t appear to be in the cards. The insider says:

“Kourtney is doing just fine and doesn’t have romantic feelings towards Scott anymore. She’s OK with Scott and Amelia’s relationship as long as he continues to prioritize their kids and be a good dad.”

Fans can keep up with both Kourtney Kardashian and Scott Disick’s love lives via their Instagram accounts.

‘Deadliest Catch’ Captains Warn ‘It’s Dangerous Everywhere,’ & Ask Fans To ‘Mask Up’
Meri Brown Says She Doesn’t Ask Kody For Anything, Has Cut The Strings
Is Matt James ‘Women Tell All’ The Most Dramatic Ever?
‘Little People Big World’: Zach Roloff Is The Ultimate RV Dad
‘Cobra Kai’ Spoilers: 2 Cast Members Get Promotions Ahead Of Season 4