The couple recently added a puppy to their family. She’s a mini Goldendoodle, and they picked her out for Layla. While Carlin admits that potty training is rough, the family is loving having a new little friend. After fans “met” the pup virtually, they fell in love with her.

One problem is that Carlin and Evan couldn’t come up with a name for her. So, they asked their followers for some help.

In the comments section of Carlin’s original post about the dog, fans made a few name suggestions. Then, later on, Carlin posted a poll to her Instagram stories. She asked fans to vote for either Izzy or Rue. Evan likes the name Izzy and Carlin likes the name Rue. So, they just needed a little bit of help deciding.

Fans were able to click and vote for the name that they liked best. And it seems like that helped Evan and Carlin to make a decision because they finally announced the dog’s name!

What is Carlin Bates and Evan Stewart’s pup’s name?

On Wednesday, the couple officially announced what they have decided to name the dog. Carlin posted a photo of herself with the dog and Layla on the bed. The photo appears to be from the photo shoot they had when they first got the dog.

In her caption, she writes, “Meet Izzy Rue!!!!! 🐶 We picked a name, or maybe I should say you guys did! 🙈😉 After the poll I put in my stories yesterday, so so many of you suggested combining our two favorite names … duh! Why didn’t I think of that? 🤷🏼‍♀️ Anyways… thanks for the help!! I think @laylaraestewart is excited about her new furry friend. 😉”

Fans are commenting and saying that they love the name and the photo too. Carlin’s bestie Joy-Anna Duggar Forsyth commented and said, “Oh my goodness!!! Love the name, she is ADORABLE!” 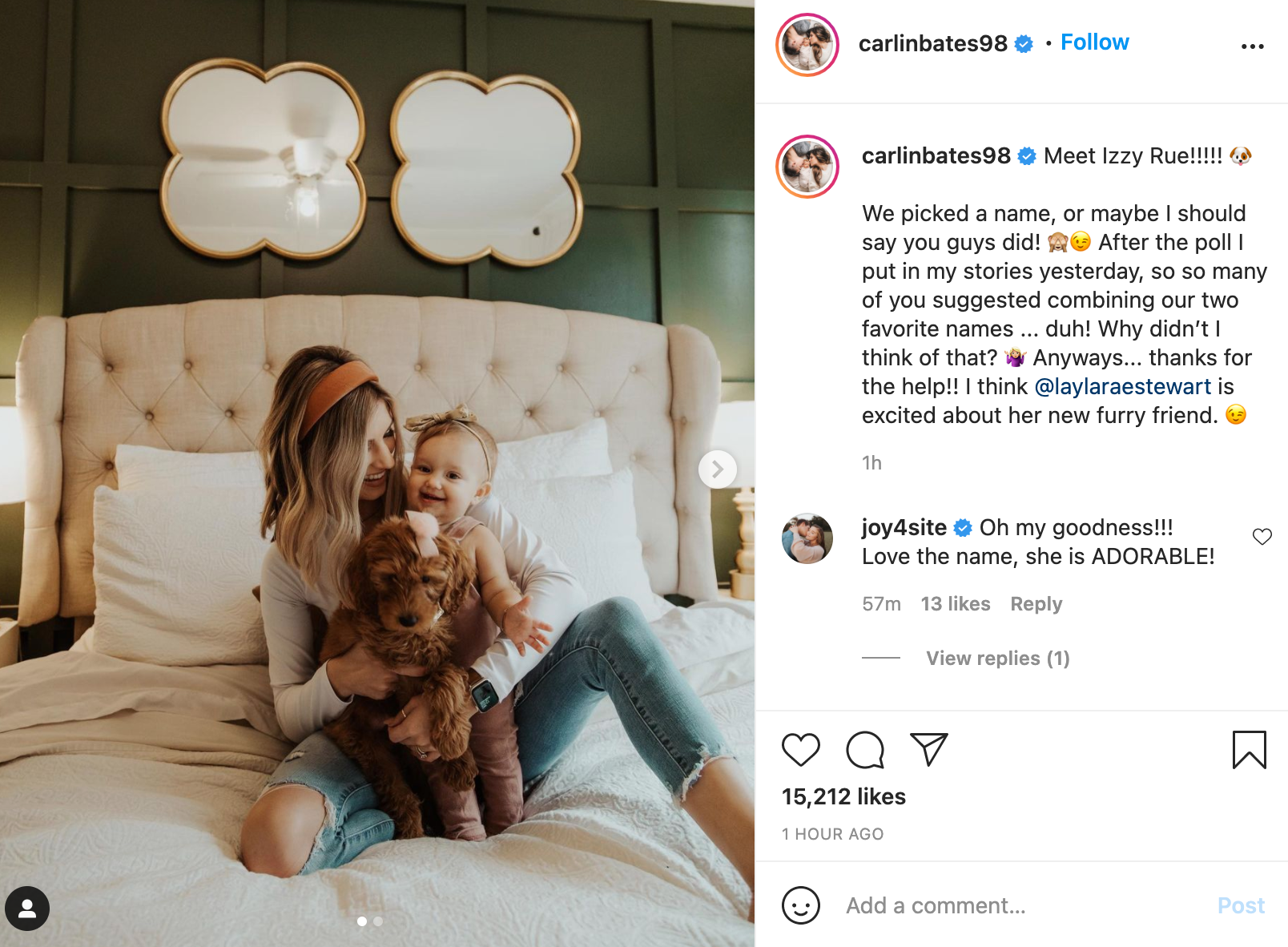 So, what do you think of the pup’s name? Do you like that the couple combined their favorite names for the perfect name for her? Share your thoughts in the comments below.

For the latest on the Bringing Up Bates family, including the show’s return, check back with TV Shows Ace.