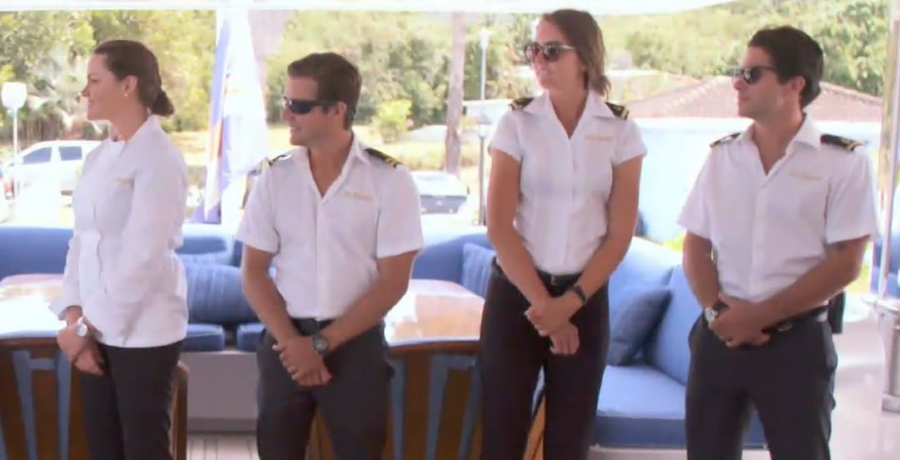 The Below Deck Season 8 finale didn’t quite feel like a finale episode. It wasn’t a finale in the traditional sense. While fans knew that it was the last episode, they didn’t know how it was going to end. The episode started with chief stew Francesca Rubi firing Elizabeth.

It ended up as the most dramatic firing in the show’s history. Elizabeth was stupified when Francesca and Captain Lee Rosbach told her she had to go. She didn’t understand why she got fired when she got complaints all season. She cried and begged them to let her stay.

However, the tears didn’t help. Chef Rachel Hargrove is upset because she became good friends with Elizabeth. But she also thinks the issues with the interior have to do with Francesca. Read on to find out what else happened during the season finale.

Season 8 finale: An awkward night out

The rest of the Below Deck crew members learn about Elizabeth’s firing. James admitted he was relieved to see her go since that means their boatmance finally ended. Francesca was also relieved, but for a different reason. Ashling Lorger supported Francesca’s decision and tried to conspire with her earlier in the season. The rest of the deck crew, except for nosy Izzy Wouters, couldn’t care less.

Before the next charter, the group goes out for the night. It ended up being an awkward dinner. The waiter brings out Elizabeth’s birthday cake, to which everyone helps themselves. Rachel is offended that everyone is enjoying it. She thinks it’s insensitive of them to be eating her birthday cake on the day of her firing. But maybe some people just want cake.

Rachel goes for a smoke break and talks to herself. Francesca finds her and asks her if everything is okay.

“That was the most distasteful thing that I’ve ever seen in my life,” Rachel exclaimed.

Then, she takes off and heads back to the boat on her own. Then, she cries to her boyfriend, Vicenzo, with a glass of wine in her hand. The following morning, Rachel talks to Captain Lee about Frances. He basically tells her to “Suck it up” and she’s not happy with his reaction.

Below Deck series gets shut down early

Then, Captain Lee receives a call. He answers the phone, listens, and then puts his phone back down. He cusses to himself and stares out to the sea before him. Lee looks tense as he places his walkie-talkie on his face.

The last two charters were canceled due to COVID-19. For the first time in his life, he’s at a loss for words. Lee has no idea what to do but to call an impromptu meeting. He shares the news with the rest of the crew members.

Everyone is expected to leave the yacht the following day. Some don’t know what to say, while others laugh. Many of them are worried about bringing something back home to their families. So, they decided to deal with their issues by drinking lots of alcohol.

For their final outing, they celebrated before they head out in the unknown. Rob is the first to go and will probably say goodbye to Below Deck forever. He’s excited to go back to his native Canada. But Izzy wants to talk to him about his behavior this season. Since James warned him about it, he prepared a half-hearted apology to suffice her.

Ashling is the next to leave and she teases a return to yachting. Then, James tries to repair his broken friendship with Izzy but that falls through. Francesca gives Captain Lee a shammy signed by the entire crew. Then, it’s just Lee and bosun Eddie Lucas.

The two have a heart-to-heart moment. Lee presents Eddie with a pair of first-officer stripes. In his confessional, Lee says that Eddie is who he wishes his son had turned out. And then Lee is seeing walking off the boat for the first time in the franchise’s history.

Usually, he’s the one who watches everyone leave. And then he says, “I still have the best God damn job in the world and wouldn’t trade it for anything.” But that’s not the case with the coronavirus around. The Below Deck Season 8 reunion airs next Monday, February 22 at 9 p.m. ET.

Meri Brown Catfish Incident Explained: Recap For Those Who Missed It
Hannah Brown Talked About Living Up To Impossible Standards Of Pageant Life
‘Coronapocalypse‘ As Chronicled By ‘Sister Wives’ Kody Brown
Jackson Roloff & Lilah Brighten Up Already Beautiful Scenery
Busby Birthday Quints Each Got Their Own Special Cake This Year