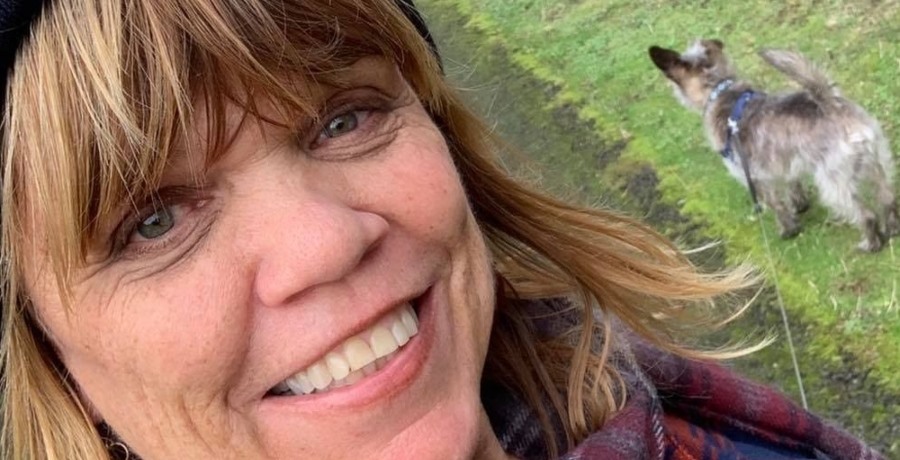 Nobody loves going to the dentist. That’s why Amy Roloff posting about it is so relatable. On her story, the Little People, Big World star posted a picture from the dentist chair. The reality star is always sharing her life with fans. She’s bright and positive which people love.

It says, “at the dentist for a filling repair. I don’t like going to the dentist. Do you? Ugh.” Amy is wearing a purple and pink medical mask and the classic blue bib. The mother of four is making sure her eyes are wide for the picture. Getting fillings repaired is no fun for anyone.

Amy Roloff said she had plans with her Valentine of five years, fiancé, Chris Marek. She shared they had plans but they changed. She posted a picture of herself with a vase of flowers in a red flannel shirt. Roloff is making a heart with her hands. The second picture is of a cherry pie with hearts on it. The last two pictures are dark chocolate truffles and Amy with Chris at the table eating. The two have steak and potatoes in front of them.

The two postponed their wedding until this year because of everything happening according to Heavy. Amy said there was just a lot going on that led to the decision. She talked about, “getting settled into the new house, projects in the new house and everything like that.” Amy said for Valentine’s Day they, “found that our Plan B is often just as good. And this Valentine’s Day weekend was no different and still wonderful. How can it not when I’m with the man I love?” She shared they did puzzles and reminisced about all their Valentine’s Days together.

Fans Love The Couple Together And Wish Them Well

Fans love that Amy Roloff is so happy. Of course, there are those that send hate as there are with all reality stars. One fan said, “why don’t you get a u haul and get your stuff out of the house!” Fans told them to get the facts first. They informed the troll she already moved out and they needed to do some research. “Obviously, you don’t realize the show is filmed months in advance,” one fan said.

One fan said, “I’m so happy for both of you. I saw your struggles with Mat and how it hurt you. Best wishes to you both.” Several fans shared the same sentiments. They want to see Amy happy and thriving. They didn’t want a troll bringing her down. What do you think of the dentist? What do you think of Amy and Chris’ getaway? Comment with all your thoughts below.