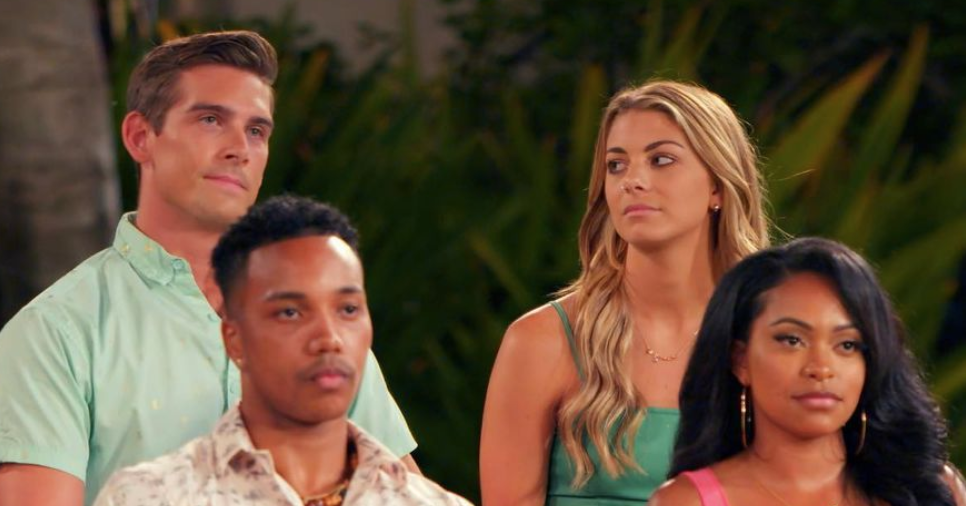 Temptation Island started tonight and one woman stood out. Erin’s dating past was brought up. Apparently, she used to date a big athlete. Of course, this raises the question – who was it?

Erin and Corey reveal their struggles on tonight’s episode of Temptation Island. Apparently, Corey gets insecure because Erin used to date an athlete Bustle says. He has good reason too. One of her ex-boyfriends is actually a former Super Bowl winner. It’s reported that Erin used to date Kamu Grugier-Hill.

Kamu Grugier-Hill used to play for the Philadelphia Eagles where he won the Super Bowl in 2018. Last year, he moved teams and is now with the Miami Dolphins.

It seems that when they were still together, the couple had a pretty playful and fun relationship.

“I’m embarrassed to say this but she beats me in horse all the time,” Kamu Grugier-Hill says. “Sometimes I feel lazy and she’s like ‘get up!’ Yesterday was one of those days, so she’s definitely a huge support for me, and I feel like I try to support her as much as I can in her field.”

That relationship sounds like it was definitely serious. It makes sense that there would be some insecurity.

Corey reveals that because of this he “has a bad habit of comparing every guy she dates to her ex-boyfriends.”

Of course, that is not great for a relationship and it makes sense that they would start falling apart. Only time will tell if that is enough to push Erin away to one of the tempting singles. Or, if this will just make them fall more in love with each other.

Of course, there is more than just Erin and Corey with issues on Temptation Island. Fans are getting the chance to meet several others that have their own insecurities.

The other couples include Erica and Kendal, Kristen and Julian, and Chelsea and Thomas.

There is a wide range of ages and variety in the length of the relationship. However, they definitely all have issues. Most of them seem to be struggling with commitment or cheating issues.

It will be interesting to see who makes it out as a couple and who ends up splitting.

Are you watching Temptation Island? What do you think so far? Let us know in the comments below. Come back to TV Shows Ace for more news on all of your favorite reality TV stars.

‘Love After Lockup’ Spoilers: WAIT! Doug Cheated On Rachel The Whole Time?
Jana Duggar‘s Wedding Registry Surfaces: Stephen Wissmann Proposed?
Josh Duggar’s Arrest May Not Be The REAL Reason ‘Counting On’ Is Over
Chrishell Stause Vacations In Paradise With Her New Man — Who Is It?
‘Y&R’ Spoilers: Sharon Blows Up Her Marriage – Gives In To Adam?