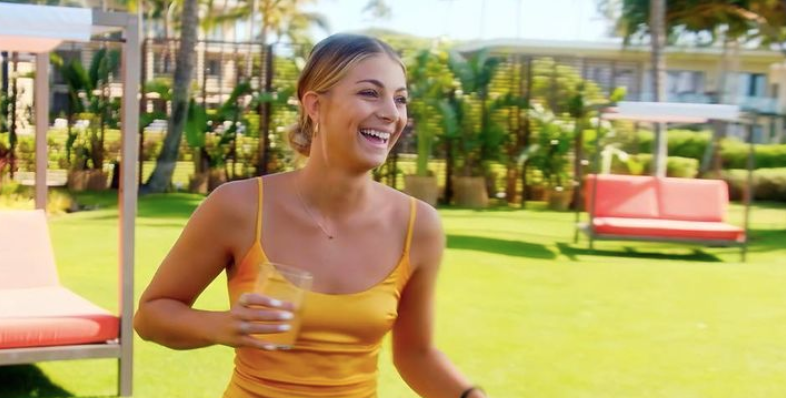 Temptation Island just started tonight and fans are learning about the couples coming to the show. One of those couples is Erin and Corey. While they haven’t been together long, they have made quite the impact. Now, fans are wondering if the couple is still together. Signs are pointing to yes.

Erin and Corey are saying goodbye for what could be the last time tonight. However, there is some speculation that they actually end up together at the end of the show. Something that would actually be a bit shocking, especially with the short length of their relationship.

According to Bustle, there isn’t a lot that points to their relationship status on social media. However, Erin did tag Corey in her post announcing that the show starts tonight. Not only that, but back in November, Corey commented on one of Erin’s Instagram posts saying she took his breath away. Seems pretty suspicious.

With the way they acted tonight, it seems like maybe they really could end up together at the end of this. Of course, only time will tell if that happens or if the singles will get the best of them.

Erin actually has an interesting past that is part of the reason the couple even came to Temptation Island. She used to date athletes. One of those athletes being a 2018 Super Bowl winner. Her ex-boyfriend is Kamu Grugier-Hill. It seems they shared a pretty fun and serious relationship.

“I’m embarrassed to say this but she beats me in horse all the time,” Kamu Grugier-Hill says. “Sometimes I feel lazy and she’s like ‘get up!’ Yesterday was one of those days, so she’s definitely a huge support for me, and I feel like I try to support her as much as I can in her field.”

Because of this, Corey reveals that he “has a bad habit of comparing every guy she dates to her ex-boyfriends.”

Tonight, the couple shares a tearful goodbye while they see each other for what could be the last time.

“I know I need to be happy with myself before we can be happy as a couple,” Corey says while the couple says goodbye.

“You are the best thing that has ever happened to me,” he continues.

“I would hate to lose you,” he concludes.

Do you think Erin and Corey will end up together after this journey on Temptation Island? Let us know in the comments below. Come back to TV Shows Ace for more news on your favorite reality TV stars.