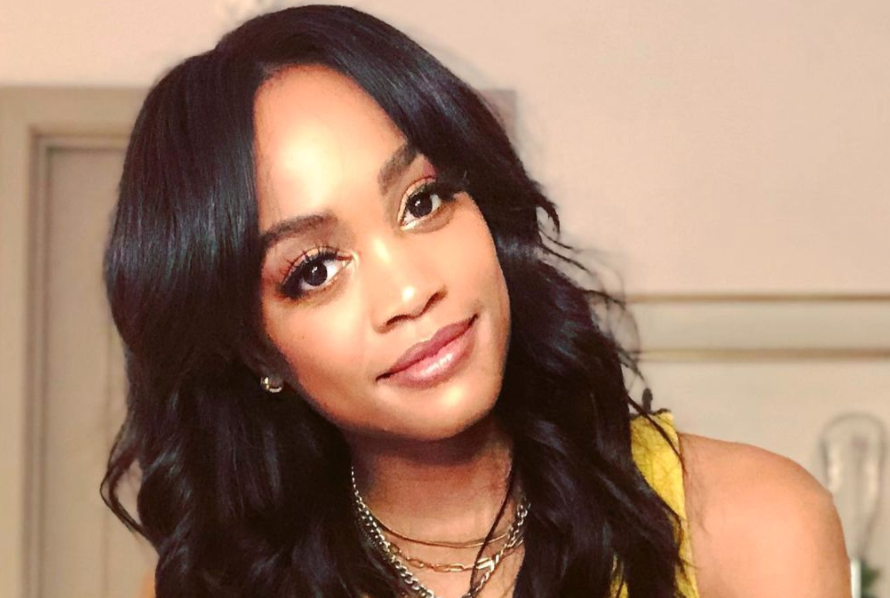 Chris Harrison has recently stepped down as the host of The Bachelor. Now, there is talk of Rachel Lindsay taking over. She is revealing whether she would take the job or not.

After some recent comments made by Chris Harrison that made fans mad, Chris has decided to take a break from Bachelor Nation. There is no telling how long he will be gone, but it’s long enough he will need a replacement for the time being. Rachel Lindsay has been a buzz amongst fans on taking the role. According to E! she’s talking about the whole situation.

“Chris is somebody who has been the face of the franchise for so many years,” she says about Chris. “You usually get the PC answer from him, so I was a little shocked that he wanted to talk a little bit more on the subject.”

She is also talking about his apology. She seems to be happy with how serious he is taking this. It will be interesting to see how Chris returns and when he finally comes back.

“I think that he has apologized at this point, so I don’t really want to go into it too much because he’s apologized not once, not twice and he seems to be taking the steps that are necessary to really learn from this whole experience,” she says. “I’m just happy for the level of awareness and to sit and see what happens next.”

Rachel isn’t even thinking about being Chris Harrison

When it comes to if she would actually host though, this is not something Rachel is thinking about right now.

“Honestly, I am not even thinking about that,” she says about the job. “I think the bigger picture is that there is an issue and Chris is recognizing it, other people are recognizing and I think if my message is to really make change and to really create a level of awareness, then I can’t be focused on trying to take somebody else’s job. I am just focused on really us getting to a place of unity where we can all be better.”

So, it sounds like Rachel isn’t really sold on being the host of Bachelor Nation shows any time soon. Of course, there have been other suggestions like Wells Adams and Nick Viall that could be considered. Not to mention, Rachel has even said before that she is ready to get away from Bachelor Nation. It makes sense that she isn’t ready to commit to hosting it.

Who do you want to see host The Bachelor instead of Chris Harrison? Let us know in the comments. Come back to TV Shows Ace for more news on your favorite Bachelor Nation stars.

Who Will Be The Next ‘Bachelor’? One Contestant Reportedly Getting ‘The Bachelor’ Edit
Wait, What? Does Isabel Roloff Plan To Raise Her Baby In A Van?
’90 Day Fiance’ Loren Brovarnik Gives EXCITING Pregnancy Update
Wait, Did Nic Kerdiles Just Defend Savannah Chrisley’s Honor?!
Exclusive Preview: discovery+ True Crime Series ‘Relentless’ Finale, Was Whittaker A CI?