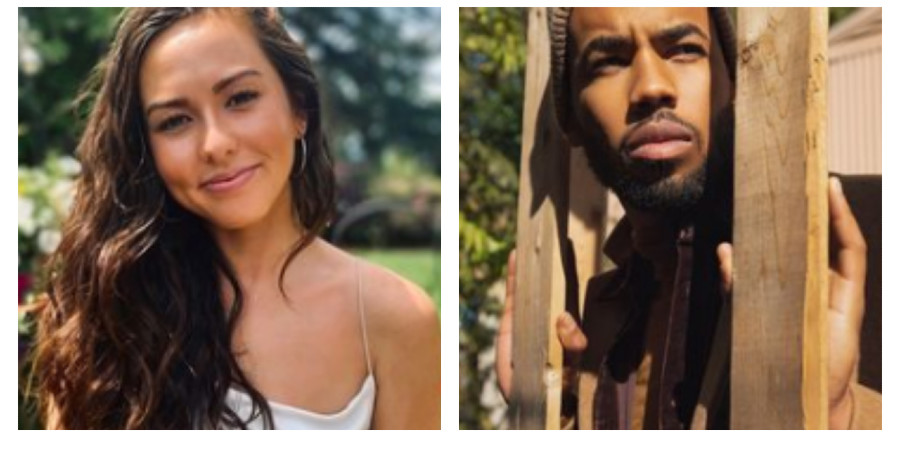 Mike Johnson knows exactly how Abigail Heringer feels after her shocking departure from Season 25 of The Bachelor. During episode 7, the fan-favorite had a serious chat with Matt James about where his head was at regarding their relationship. The chat ended with Abigail being sent home without ever even having a one-on-one date.

Hannah Brown’s former suitor from Season 15 of The Bachelorette was one of many people reacting on Twitter to the unexpected development. His tweet at Abigail left fans debating if he was trying to flirt with her or not.

Mike Johnson was a quick favorite of Bachelorette fans during Hannah Brown’s season. Despite fans rooting for him, he was eliminated during Episode 7. Coincidentally, that is the same # of episodes Abigail lasted on Matt James’ season.

After getting his heart broken by Hannah, Mike Johnson appeared on Season 6 of Bachelor In Paradise. He was reportedly in consideration for Bachelor Season 25 before Matt James was chosen.

As if Matt James telling Abigail he doesn’t feel a strong connection with her wasn’t bad enough. It got worse during her final interview in the car. What she said nearly tore fans’ hearts apart. In a vulnerable moment, Abigail said that kind of thing always happens to her. She’s “the person who makes men realize what they want.” But they never want it with her.

Mike Johnson took to Twitter to let Abigail know she isn’t alone. He wrote, “I feel that,” in response to watching her car confession. But it’s the next bit of his tweet that got people talking.

“Let me help ya find your forever!” Fans who saw the tweet immediately started ‘shipping’ a romance between the two Bachelor Nation castoffs.

I felt that @AbigailHeringer 🥲😤 let me help ya find your forever!

However, there was some disagreement in the comments if he was flirting with Abigail or trying to play matchmaker.

Several of his followers praise Mike Johnson for “shooting his shot” with Abigail. But others read the tweet a different way. They took it to be Mike Johnson trying to set Abigail up with Connor Saeli.

Who is Connor Saeli?

Connor Saeli was another of Hannah Brown’s suitors. He went home the same week Mike Johnson did. He was also a contestant on Season 6 of Bachelor in Paradise.

While neither Mike or Connor won Hannah Brown’s heart, they became fast friends.

Connor briefly dated his BiP co-star Whitney Fransway, but the two broke up in 2020. He hasn’t been publicly linked to anyone since. There was brief speculation that he was dating Bachelor Nation’s Madison Prewett.

Do you think Mike Johnson was trying to date Abigail Heringer or set her up with someone else? Let us know in the comments down below or tweet us. There is speculation that Abigail may be the next Bachelorette.

Join our Facebook group to connect with other Bachelor Nation fans.