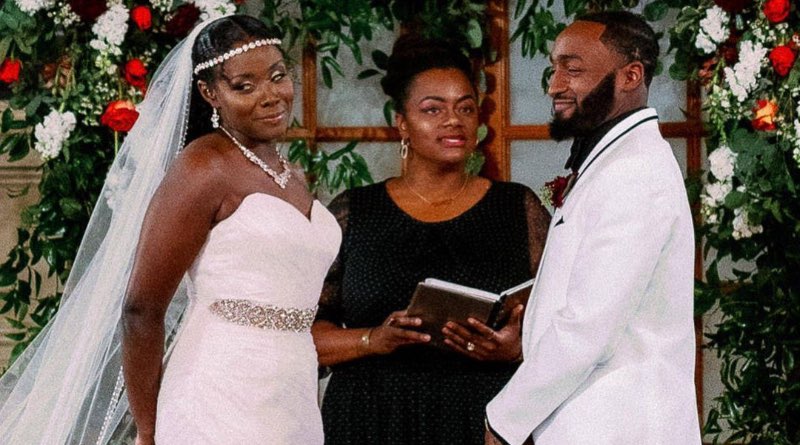 Married at First Sight pair Amani Randall and Woody Randall recently reached a major milestone in their relationship – and they marked the occasion in a big way.

There are a number of big events when it comes to successful marriages. And one of the most crucial ones is the first anniversary for a married pair. And that’s exactly the milestone Woody and Amani reached recently. Meanwhile, the Married at First Sight couple seems to be stronger than ever one year in.

This Married at First Sight pair had chemistry right out of the gate on Season 11 in New Orleans. Out of all five couples, they seemed to have the most fire and passion – according to viewers. And based on the latest updates from the happy couple, they keep that fire going a year into their marriage.

With one year of marriage under her belt, Amani recently shared some touching words about the entire experience with her followers. Woody Randall’s wife said that she knew her husband’s “intention was clear” through his “body language”. But at the same time, she had to be “sure”.

Luckily for the Married at First Sight wife, she added that Woody still looks at her the same way. And in addition to including a lot of happy photos together, Amani said when speaking about her husband that she “loves the sh**” out of him.” And judging by how this last year has gone for them, the feeling is mutual.

What Do the Married at First Sight Pair Have in Store?

There are a lot of firsts for newly-married couples. And Amani Randall and Woody Randall are no exception. They got to celebrate holidays like Thanksgiving and Christmas for the first time as husband and wife. And more recently, Valentine’s Day, too.

In addition to that, the Married at First Sight pair navigated the current pandemic together. And they seem to have become an even stronger couple as a result. They keep their viewers updated on their very own YouTube channel. And they just joined the brand new season of Couples’ Cam as well.

As one of the most talked-about couples to come out of the Married at First Sight universe in recent years, many viewers want to know what’s next for the pair now that they survived the first year together as man and wife. Amani officially left her old apartment. And now that they are settled in, many watchers want to know if there’s a baby in their plans.

As of right now, they both seem open to the idea. But in the meantime, it’s clear they enjoy being married to one another – and that the experts hit it out of the park with these two.

Katie Thurston Proves She’s NOT The Master Of Disguise
‘LPBW’ Tough Jackson Roloff Shows Dad What He Is Made Of
Jason Tartick Reveals Embarrassing Fact On TikTok
Would Michael Allio Accept An Offer To Be ‘The Bachelor’ Next Season?
‘Little People, Big World’ Fans SLAM Amy Roloff’s ‘Cheap’ Wedding Favors