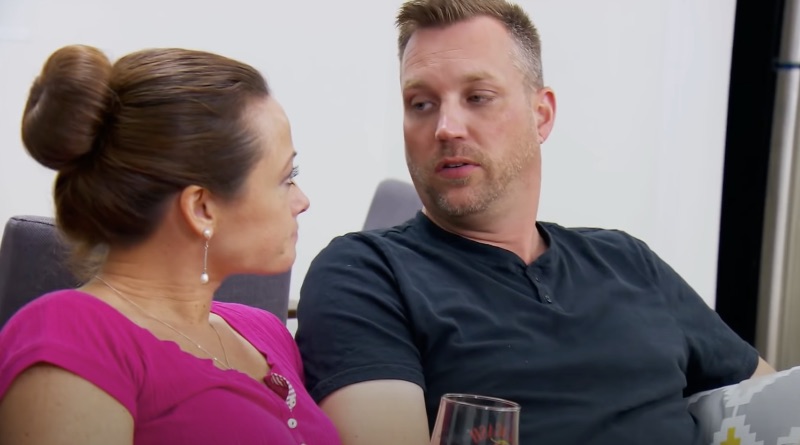 Married at First Sight husband AJ Vollmoeller recently escaped his wife, Stephanie Sersen. What did the Lifetime cast member do?

AJ Vollmoeller and Stephanie Sersen are both travel enthusiasts and thrill-seekers. It’s a quality that brought them together as a pair on Season 8 of Married at First Sight in Philadelphia. Meanwhile, even though they go on a lot of adventures together, AJ recently participated in a solo activity.

Turns out, the Married at First Sight husband went for a solo dive in the Florida Keys. The area is a popular travel destination for many tourists. And it’s great for those that want to do water activities – like Stephanie Sersen’s husband. Meanwhile, other things you can do in the area include fishing, boating, and snorkeling.

AJ Goes for a Dive

Taking the plunge on Married at First Sight is a big deal. And this is especially true when you marry a stranger. But recently, AJ Vollmoeller took a literal dive into the water. In addition to sharing pics of his activities, AJ also described what appeals to him most about it.

According to the Married at First Sight husband, diving is an “escape” for him. He said that when he is underwater, he knows he is in a “new world.” On top of that, he understands that he is a “guest.” And that the best thing to do is “sit back and enjoy” the experience.

AJ Vollmoeller even said that he wants to be an octopus in his next life because of how smart they are. He said they are the “humans of the ocean,” adding that he could watch them for hours. Meanwhile, being underwater is a happy place for him when he feels the need to get away for a while – even from his wife.

Even though Stephanie Sersen and AJ Vollmoeller make their marriage work, not everyone thought they’d make it for the long haul on their season of Married at First Sight. Both husband and wife have big personalities. And because of that, they can butt heads from time to time. Even so, they certainly show what can happen when you stick with it and work on making your marriage successful.

Meanwhile, even though AJ Vollmoeller went on a solo dive, it was a couples’ trip to the Keys. The Married at First Sight pair celebrated Valentine’s Day there. And they both had a lot of fun soaking up the sand and sun. Moreover, along with keeping up with their travels, watchers can see the pair on the currently-airing season of Couples’ Cam as well.