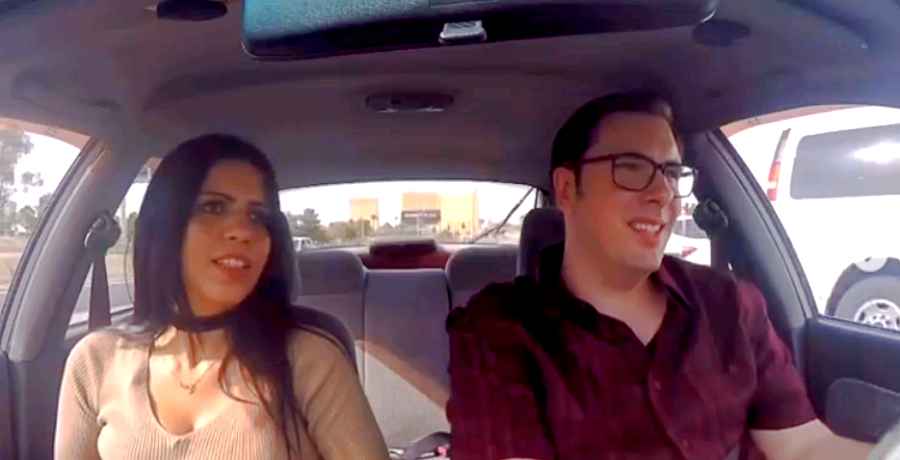 When Colt Johnson first featured with Larissa Dos Santos Lima on 90 Day Fiance, he was driving a silver 2003 Kia Spectra. In fact, when he first picked up his love from the airport, they drove in that car. It is unknown whether Colt is short of money, but he is now trying to offload the car using a video on Instagram. Rather cleverly, he features clips from the TLC reality show in an effort to sell the “TV famous” car.

Things got hot in Colt’s car back in the day when he collected Larissa from the airport, but not in a good way. Let’s face it, Las Vegas is in the desert and it gets hot out there. Larissa said she wanted them to get a “more biggie” car, preferably with aircon. Despite this, they became engaged after five days and eventually married. However, life with Johnson and his mom, Debbie wasn’t pleasant and they soon split.

However, now he has a new fiancé and a new vehicle, he wants to sell the Kia. Fans were a little confused to see that Johnson had posted an IG video featuring Larissa. As fans know, he is now engaged to Vanessa Guerra, the former, so-called “family friend.” He plays on the fact that his car was seen on 90 Day Fiance in an effort to make a sale.

In the video, that can be watched on Instagram Larissa can be seen fanning herself in the hot car. Throughout the clip, she complains about the car and says she wants a new one.

Colt’s caption reads, “DM me if interested in purchasing this 2003 Kia Spectra.” He calls it a true television automotive classic. Colt then asks how cool do you want to be at the next Cruise Night or Car Show? Johnson reckons the buyer would be a “head-turner.” He says they would get all the looks while they drive in Coltee’s Kia from 90 Day Fiance.

Colt reckons the car is in the same league as vehicles like The DeLorean and K.I.T.T. In fact, he says it would be an “opportunity to own a true legend” from the TLC reality show and its spinoffs.

Colt’s followers likely didn’t appreciate his tongue-in-cheek humor. One responded, “My offer is $5,” while another wrote that Colt’s OnlyFans can’t be doing very well. Another fan joked, “Can I test drive it and get Debbie to yell at me for the full experience?” Another quipped, “$1.50. I will also throw in a bottle of Jack Daniels ;).”

One fascinating side of Colt’s post is seeing Larissa in her original form. She is almost unrecognizable after her many plastic surgeries. However, it should be noted that these days, Lima has much more confidence in herself. In fact, she is likely doing much better than Coltee ever will.

Meanwhile, Colt will feature on the new spinoff, 90 Day: The Single Life, which drops on discovery+ on February 21.

‘Life After Lockup’ Reveals 3 Explosive New Couples
‘Love Island USA’: Will Cinco Dump Trina & Cashay For Leslie?
Chrishell Stause Vacations In Paradise With Her New Man — Who Is It?
Thomas Jacobs Looks Back On His ‘Bachelorette’ Journey
Isabel Roloff Gets Real With Fans, Opens Up About Forgiveness