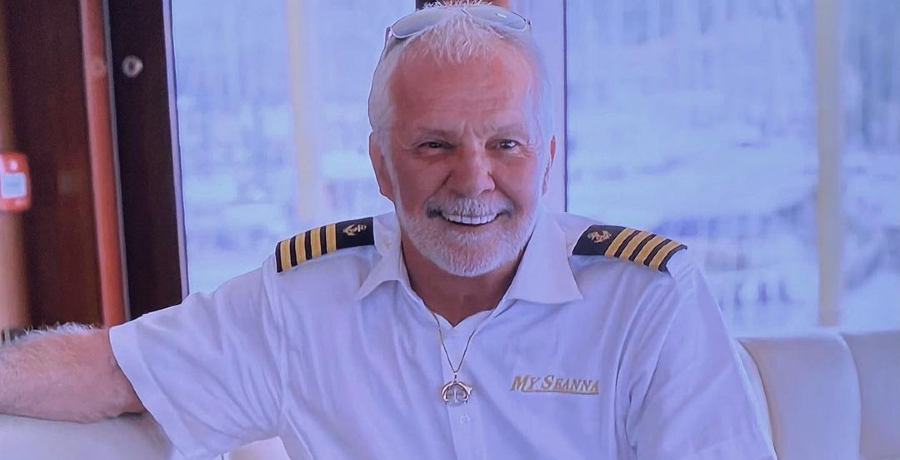 The Below Deck Season 8 finale was difficult to watch. Viewers felt their tears welling up at the end. For the first time in history, Captain Lee Rosbach walked off the boat. The coronavirus pandemic and its impacts finally reached My Seanna.

The crew got the news that the two last charter groups got canceled. Their charter season came to an abrupt halt as they know it. On Monday night’s episode, Captain Lee was at a loss for words. For the first time in his life, he did not know what to do with himself. He never had something happen out of his control.

But on social media, the sea captain has kept positive. He shared many uplifting posts, most with his Lee-isms.

Captain Lee Rosbach has remained in quarantine in Ft. Lauderdale since March 17, 2020. It’s unclear what’s next in his journey. Hopefully, all will be revealed during the Below Deck Season 8 reunion. But for now, Lee has been sharing messages of hope.

He has posted a series of positive messages during the early days of the pandemic. Just a few days after arriving home, he shot footage from his bike. In the caption, the Bravo star bluntly wrote: “Everybody just needs to do what is right. You can never go wrong doing the right thing. WTFU. Now is the time. This is something you can’t phone in. Do the right thing and do it now.”

“Everybody needs to do their part,” Lee continued in his post. “Stay safe. Do your social distancing and hang in there.”

He also shared an update with his followers. They wanted to know how his wife has been holding up. Shortly thereafter, he posted a video after the previous one. “Just wanted to post an update, My bride and I are well,” Lee wrote alongside his video. “Hope y’all are as well. Hang in there and keep doing what you are supposed to do and we will see y’all on the other side of this.”

Last week’s episode led up to Elizabeth Frankini’s firing. Last night, she wished bad karma on the crew. The crew had more charters left but the U.S. heeded the warning about the coronavirus pandemic. What seemed temporary dragged on for months.

The crew was in disbelief over the news on their phones. It felt like there was a whole other, scary world outside of yachting. Earlier this season, Captain Lee told E! News that they felt isolated.

“You have to keep in mind that we’re pretty isolated there,” Lee told the outlet. “We’re kind of like, in a cocoon…in spite of the fact that we have satellite, we have everything that we need, but it comes in a little bit late and a little bit tardy.”

Often, unexpected events and emergencies happen in yachting. But they usually have more time to prepare. But since the COVID-19 pandemic was so unprecedented, they didn’t know what to do. He reiterated that the crew felt isolated.

“I think the yachting industry, especially the charter industry, is very well suited to deal with it,” Lee continued. “Because once we leave the dock, I mean, we’re totally isolated.”

The Below Deck Season 8 reunion airs next Monday, February 22 at 9 p.m. ET on Bravo.