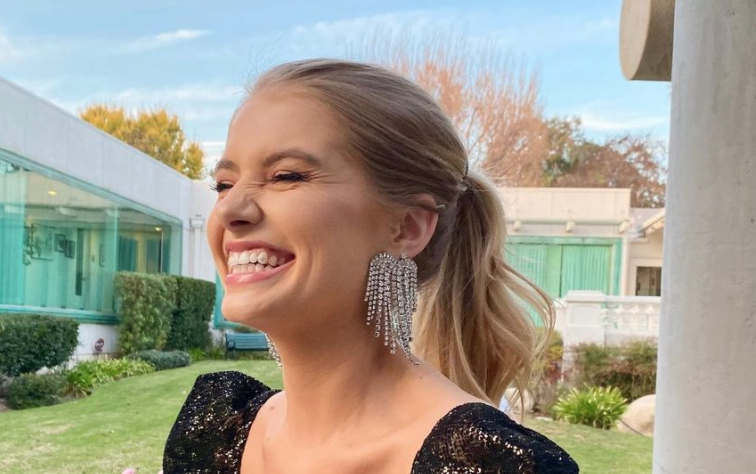 A photo has come to light of Demi Burnett in the past. She is wearing a confederate flag Yeezy jacket Us Weekly says. Of course, she is apologizing for this action now. She says that at the time she just thought it was a cool jacket. Since then, she has realized her error.

“F—k it. People are telling me I shouldn’t say anything, I’m going to say something about this,” Demi says. “So, there’s been this picture that’s been resurfaced of me wearing a jacket that had a Confederate flag on it. That jacket was given to me by my ex, his dad actually gave it to me, and I had no idea the weight that the Confederate flag held whenever I was wearing it. And I just wore it for that one night, and it was a Yeezy jacket. I thought it was so cool. I was like, ‘Yeah, Yeezy.’ And I didn’t even pay attention to that.”

She went on to explain that it was ignorant of her to not notice the flag and even more so that she didn’t realize the meaning behind the flag. Honestly, it’s a great thing she came forward before it got out of hand. Bachelor Nation has been facing several race issues as of late.

“That’s ignorant of me not to pay attention to the Confederate flag,” Demi explains. “Even more ignorant of me to not even know how harmful that is to people. So, like, yeah. I royally f—ked up wearing that. And I am so f—king sorry. I’m disgusted with myself.”

She continues saying “I’m embarrassed, like, it doesn’t even matter how I feel. I’m just so f—king sorry because that is not what I stand for, that is not what I’m about. And I’m really mad that I ever wore it.”

Wait, why was there a confederate flag jacket in the first place?

Great question. Of course, Kanye West has some interesting design choices. Apparently, this jacket was his modern and design take on modern-day slavery.

There you have it, just Kanye being Kanye. It just happened to get Demi in some trouble.

What do you think of Demi Burnette’s apology? Let us know in the comments below. Come back to TV Shows Ace for more news on all of your favorite Bachelor Nation stars.

The Mystery Behind Erika Jayne’s Mascara-Stained Tears
Is This A Sign ‘Bringing Up Bates’ Will Be Canceled?
How To Watch Jessa Seewald’s Birth Story For Baby Fern
Comic-Con Trailer Offers Peek Into ‘Dexter’ Season 9 Plus Release Date!
‘Hunting Atlantis’ Exclusive: Stel Pavlou And Jess Phoenix Search For Lost City of Gold