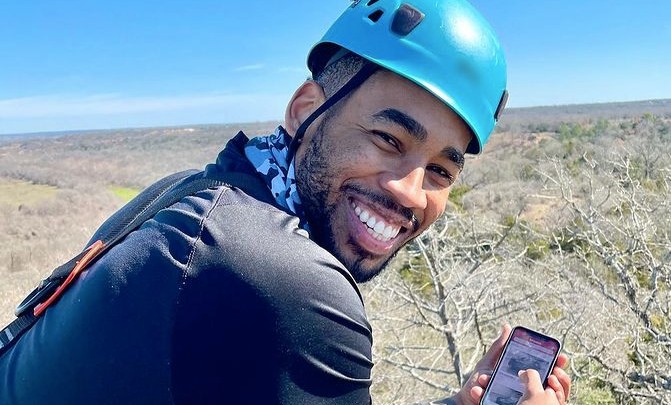 Bachelor alum and huge fan favorite Mike Johnson is also weighing in on the Chris Harrison controversy. He spoke with Bryan Abasolo about the situation. And, of course, everyone knows Bryan is married to former Bachelorette Rachel Lindsay. The huge scandal began when Chris Harrison spoke with Rachel Lindsay about the accusations surrounding Rachael Kirkconnell. Now racism allegations surround both Rachael and Chris. Keep reading to find out Mike’s feelings on everything.

Mike Johnson speaks out on how he feels about Chris Harrison

Mike Johnson and Bryan Abasolo spoke about the ongoing controversy involving host Chris Harrison on their podcast. Bryan asked him how he was feeling. Mike said he is feeling many things. He said, “I feel multiple different ways.”

He revealed that Chris called him personally. Mike said they spoke for about ten minutes or so. While on the call Chris apologized to him personally for the things that were said. That being revealed, Mike also said he does not take back anything he has previously said about the situation. The things he said on Instagram and on his Instagram Stories still radiate the way he feels.

Mike said first and foremost there is more than just “salt and pepper in his spice rack.” He went on saying there are other flavors and various colors of people out there. Mike continued saying he feels certain ways from being associated with The Bachelor and he also feels different ways because of being a Black man. He revealed that prior to being on the show he didn’t watch. Mike said no offense or nothing against the show, he just didn’t watch it. He doesn’t really watch TV very much at all.

His role within the franchise

Mike has been a fan favorite since first appearing on The Bachelorette. Many were hoping to see him become The Bachelor. However, that job was given to Matt James. But, just because he’s not finding love as The Bachelor doesn’t mean he’s giving up. In fact, many think perhaps he was expressing some interest in Abigail on Twitter. She went home Monday night on the show. Read all about fan theories by clicking here.