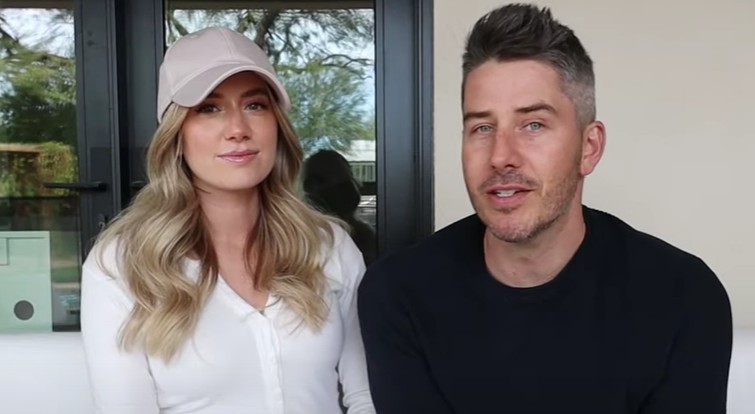 Bachelor couple Arie Luyendyk Jr. and Lauren Burnham are getting candid about the time they spent trying to conceive their twins. The couple went to their YouTube channel to share all about the months they tried to get pregnant. And, it seems it may not have always been as fun as it can be. Keep reading to see what both Arie and Lauren had to say.

This fan favorite couple went to YouTube to discuss the long months of trying to conceive. Arie said when Lauren miscarried in May they wanted to jump in and try right away for a rainbow baby. However, doctors encouraged them to wait a month before trying again. The couple remained determined to conceive once the doctor cleared them for takeoff,

Arie said, “In the beginning, we were just like, ‘Let’s just have s*x every day.’ It started out so fun, and then every day seemed like a high fertility day.” He continued, “It was, like, 18 days in a row. I was like, ‘This is impossible!’”

As it turned out they were in fact doing it too much. Lauren chimed in saying, “My doctor was like, ‘Yo, you need to calm down. Arie needs to recharge.’” She continued, “We were doing high fertility days every day and as soon as we got to peak fertility, I was like, ‘Oh, my gosh, we have 12 hours. Let’s go!’ Arie was like, ‘No. I’m not on board for this. I’m worn out. This is just not fun anymore. Count me out.’”

Then, Lauren was mad at him for not wanting to. She admitted she was so depressed at the end of that month when she got a negative pregnancy test. Lauren said it was definitely not the right approach and it was a throwaway month.

Eventually, Lauren just didn’t tell Arie the results of her ovulation tests. She said taking that approach worked better for them.

The babies are growing and Lauren and Arie are expecting their new son and daughter in June 2021. Of course, as twins often do, they could arrive early. Lauren is now 20 weeks and doing great. They keep fans up to date on the twin Instagram account that anyone can follow. Lauren and Arie take turns posting weekly updates on the twins progress.

She said, “This week you were measured at your anatomy scan and you’re as healthy as can be! Just two little bananas in there monkeying around. One of you was stretched out head to toe and the other folded like a taco with your head at your knees 😂.”

Stay tuned for more updates on Lauren, Arie and their babies.