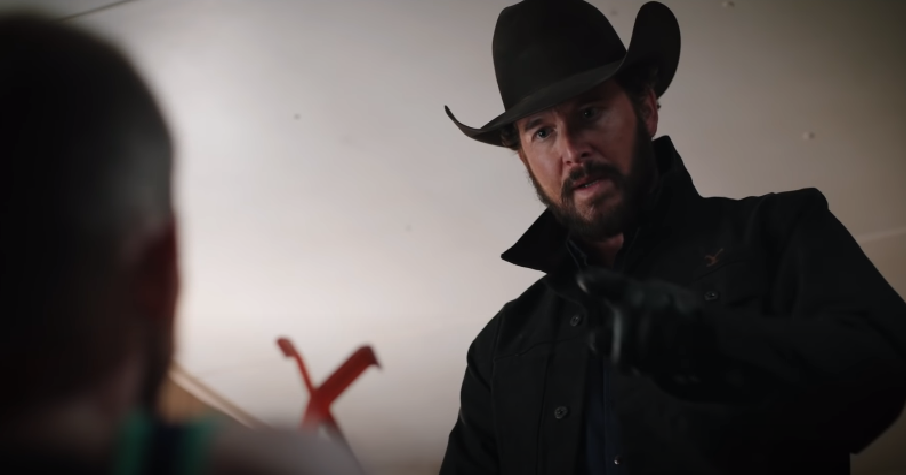 Yellowstone is continuing to take the world by storm as more and more fans come to love the Dutton Family. The series follows a variety of characters lead by patriarch John Dutton. The Duttons own the largest contiguous ranch in the United States. Over three seasons, fans have watched as outside parties attempt to steal the ranch away from the Dutton Family.

Each fan has their favorite character. Some fans connect with Kelly Reilly’s strong, as well as dominating, portrayal of Beth Dutton. Others have sympathy for Chief Thomas Rainwater, played by Gil Birmingham, and his attempt to restore the land held by his ancestors. However, Rip Wheeler is arguably the most popular character in the Yellowstone series. Rip’s tough cowboy persona connects with both men and women watching the show. Many fans want to be Rip, while others want to be with Rip. Whatever the motive, one lucky Yellowstone fan is getting the opportunity to have a beer with the rugged cowboy.

Taylor Sheridan, the creator of Yellowstone, recently hosted a charity auction event for the Careity Foundation. The foundation “exists to provide direct care that saves lives, gives hope, eases pain, and allows cancer patients and families to focus on healing.” Fans of Yellowstone had the opportunity to bid on several items and events relating to the show. Fans could bid on autographed photographs, a guitar signed by Ryan Bingham, as well as a personalized directors chair signed by the cast members.

As exciting as these items are, there were even more exciting things being offered. Fans could bid to enjoy a trail ride and have lunch with Beth Dutton or even have lunch with Chief Thomas Rainwater. However, the most popular item up for auction was undoubtedly the opportunity to have a beer with none other than Rip Wheeler. Cole Hauser plays the aforementioned Rip Wheeler. Hauser went to Instagram this weekend to promote the auction.

“My wife and I have been supporting this charity along with the Sheridan’s for the last 4 years. I’m buying the beer!”

Fans were excited as they flocked to the site to bid on items of their choice. The auction was also promoted on the official Careity Instagram page. Some fans showed their support saying,

“What a truly amazing group of people you all are. I’m so proud to be a fan of Yellowstone, and the greatness that surround’s all things associated within. Thank you for leading by example, and being great, humane, and loving to others. And thank for having me as a Montana Extra. I still pinch myself.”

Other fans expressed the potential consequences of their own bids.

“Looking forward to my divorce proceedings once my husband has realised I wiped out our account for a beer with Rip.”

This was truly a great event to help bring support to those battling cancer. Be sure to check back with TV Shows Ace for more news and updates.