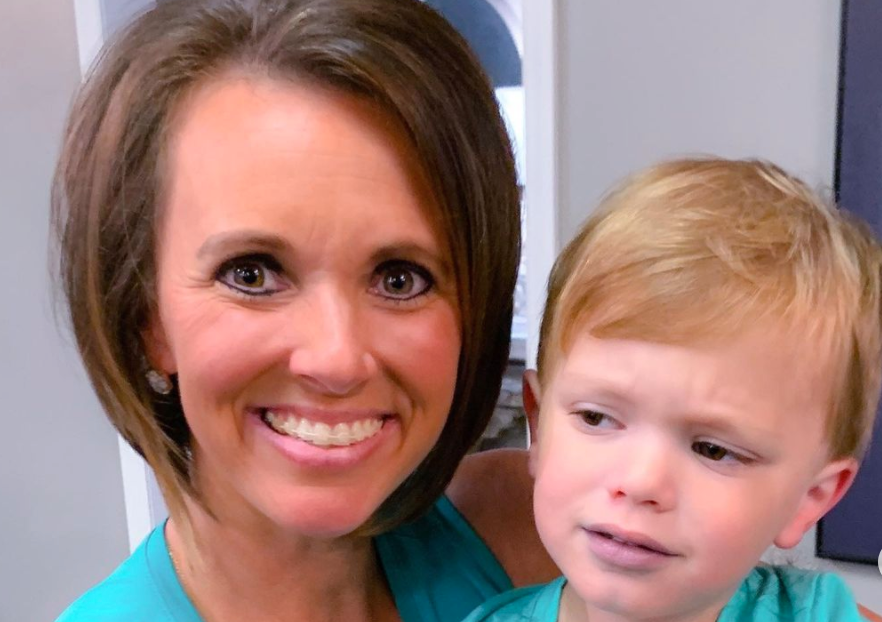 Courtney and Eric Waldrop of Sweet Home Sextuplets had a lot of love to share this Valentine’s Day! So what was the family of 11 up to this year?

In case you’re not familiar with the Waldrop family they are the stars of TLC’s Sweet Home Sextuplets. The show first aired back in 2018 and follows the lives of Eric and Courtney Waldrop and their nine children.

The Sweet Home Sextuplets Waldrop children include the oldest brother Saylor, a set of twin boys, Wales and Bridge. The twins just turned 9 back in January! And then of course there’s the sextuplets, Rayne, Blu, Rawlings, Layke, Rivers and Tag.

After the twins arrived Courtney and Eric Waldrop made one last attempt to get pregnant again and have a fourth child. But the universe had other plans for the duo when Courtney found out she was going to be having not one baby, but six instead! Courtney ended up giving birth to three beautiful boys and three beautiful girls.

Raising nine children can definitely be a challenge for any couple, but there is no doubt the Sweet Home Sextuplets stars love their kiddos. Just check out their Valentine’s Day festivities!

Now, Courtney couldn’t contain her love for her kids this Valentine’s Day as she ended up posting four different posts on Instagram.

She shared a Valentine’s Day-themed family portrait of all nine-children together, as well as a couple of behind-the-scenes shots trying to get everyone to look at the camera at once.

Additionally, she made two more posts that included photos and a video of husband Eric Waldrop giving his daughters flowers to celebrate the day!

This caught the attention of another well-known TLC multiples girl-dad, Adam Busby!

The Waldrops are not the only family with multiples on TLC. Adam and Danielle Busby star in their own show Outdaughtered with their oldest daughter and their set of quintuplet girls.

Adam commented on the post below saying, “love it!” with a heart and the heart-eyes emoji to show his support to his fellow girl-dad! I think it’s very clear the Waldrop and the Busby families are both very lucky to have such thoughtful and loving fathers.

Tv Shows Ace previously reported on Adam Busby’s sweet gesture to his girls for Valentine’s Day. Be sure to check it out!

What do you think of the Waldrop family’s Valentine’s Day photoshoot? Let us know what you think in the comments below. Sweet Home Sextuplets is set to premiere this fall on Tuesday, Sept. 29 at 10 p.m. ET on TLC.

Adam Busby Gets Crash Course In Water Safety: Are The Quints OK?!
Clare Crawley Underwent Breast Implant Removal Surgery, How Is She?
Tayshia Adams Did What? Zac Clark Spills The Tea
‘The Young and the Restless’ Spoilers, August 2-6: Phyllis Gets Everything She Needs
‘OutDaughtered:’ These Photos Of Hazel Busby Will MELT Your Heart