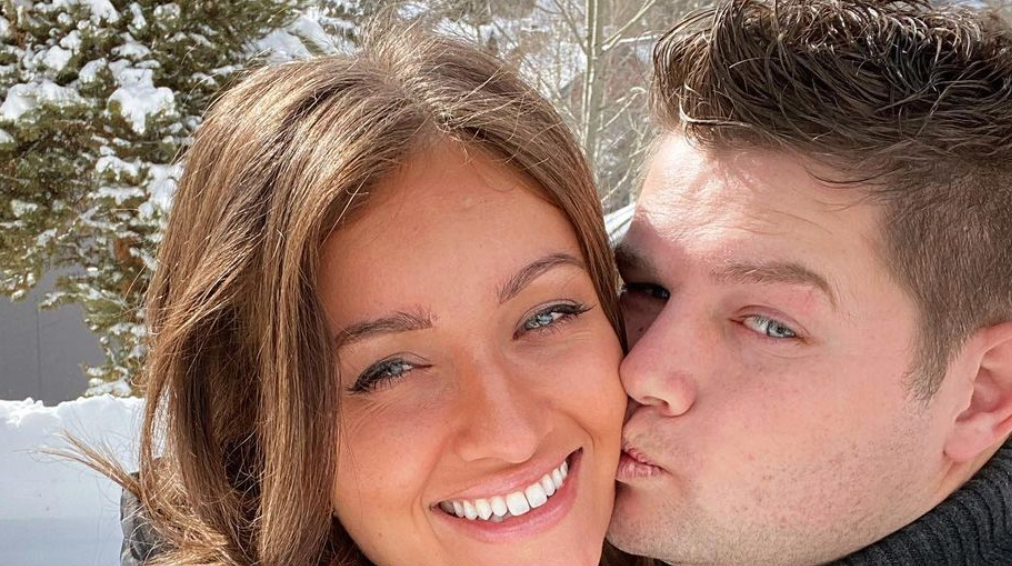 On Esther’s Instagram stories, she shared a few clips of Nathan walking in and surprising her. At first, she’s sitting on the couch.

Then, she looks up and see her boyfriend. She is shocked as he walks through the door. Then, she gets up to hug him. The Bates girlfriend seems ecstatic.

On the photos, she writes, “Soo happy you’re here!” and tags Nathan. They both seem over-the-moon excited to see each other once again.

It looks like Nathan decided to surprise his girlfriend for Valentine’s Day or “I Love You Day,” as his family calls it. On Instagram, Esther also shared a sweet post dedicated to Nathan for Valentine’s Day. She’s wearing a pink silky dress, and Nathan is wearing a button-down shirt with khakis.

In the post, the couple doesn’t reveal how else they celebrated. But since they’re all dressed up, it’s possible they went out on a special date.

Fans are commenting on the post and saying how cute the couple is together. They think they make a beautiful couple, and they love that they got to have a romantic evening together. Fans seem to think that Esther is gorgeous, especially in her silky dress.

In the comments section of Esther’s post, fans are commenting and talking about how they are both wearing rings on their ring fingers. Fans are confused, as they thought the couple was still courting. Fans are asking if the pair already got married. So far, the couple isn’t answering any questions about this in the comments section of Esther’s post. But others seem to think that the rings are promise rings. The couple does seem pretty serious and committed to one another, so it wouldn’t be too far off.

So, what do you think of the new photos of Nathan Bates and Esther Keyes? Do you like his special Valentine’s Day surprise? Share your thoughts in the comments below.

Get ready for the return of UPtv’s Bringing Up Bates. The details were recently announced, and you can find them here.

Kyle Chrisley Reflects On Betraying His Father
‘The Bold And The Beautiful’ Spoilers, July 19-23, 2021: Carter And Quinn Are All In
A New ‘Big Brother’ Baby Has Been Born! Who Gave Birth? [See First Pic]
‘B&B’ Spoilers: Steffy And Brooke Battling Over Forrester Again?
Lauren Burnham Only Wants ‘Good Vibes’ In Dream Nursery