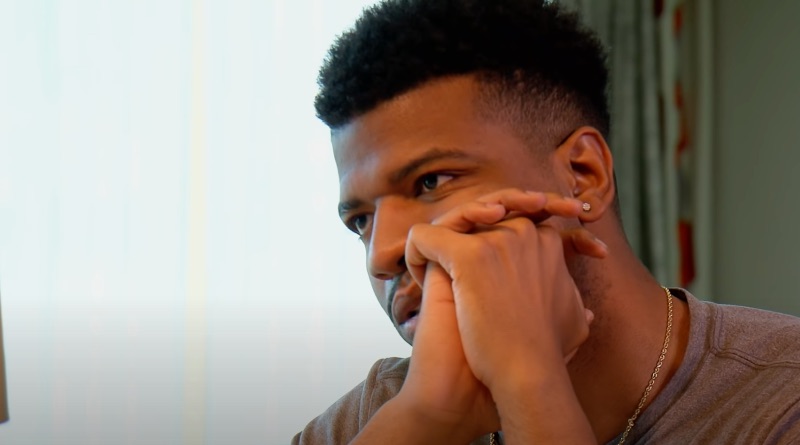 Married at First Sight star Chris Williams won’t be on Unfiltered as long as Jamie Otis is the host. What’s the latest on this ongoing MAFS beef?

Early on in the new Married at First Sight season in Atlanta, Chris seems to be taking the title early as the villain. There’s usually at least one cast member that takes the title every season. And this time around in Atlanta, most viewers agree that it’s Chris.

Leaks came out before the Married at First Sight season about Chris’ engagement and the baby on the way. So even before the season was really underway, he was already in a bad light. Meanwhile, that escalated when he did the deed with his wife, then ghosted her for several hours the next day. And in the most recent episode, he reluctantly came clean to his wife about the baby mama drama after production intervened.

Making matters worse, this is on top of him telling his new wife previously that he doesn’t find her attractive. So this is a lot for Paige Banks to deal with all around.

The Married at First Sight family is a close-knit group. All the successful couples went through the same process as current couples. So they know a thing or two about how things work. Meanwhile, MAFS alum Jamie Otis recently had some words for Paige Banks that Chris Williams didn’t like.

With everything going on in the current Married at First Sight season, Jamie Otis chimed in. Jamie told Paige she feels bad for the “mess” she is in with Chris. And she added that she deserves “so much better”.

Meanwhile, Chris Williams took issue with the comments – and he fired back with words of his own. He called her out for not finding Doug Hehner attractive initially. And he even threw shade at her for her “failed stints” on The Bachelor. Certainly, there’s some shade-throwing back and forth.

Along with being the original MAFS success story with Doug Hehner, Jamie is also the host of popular MAFS after-show, Unfiltered. Current cast members join Jamie Otis on the couch to break down the most recent episode. In addition, they offer some insider tidbits for viewers.

But with this current Married at First Sight beef brewing, it looks like Chris Williams won’t be present on the Unfiltered couch. Even so, with the way Chris comes across in current episodes, he may not be missed from the popular talk show. And from the looks of it, most Lifetime fans side with Jamie Otis over Chris.