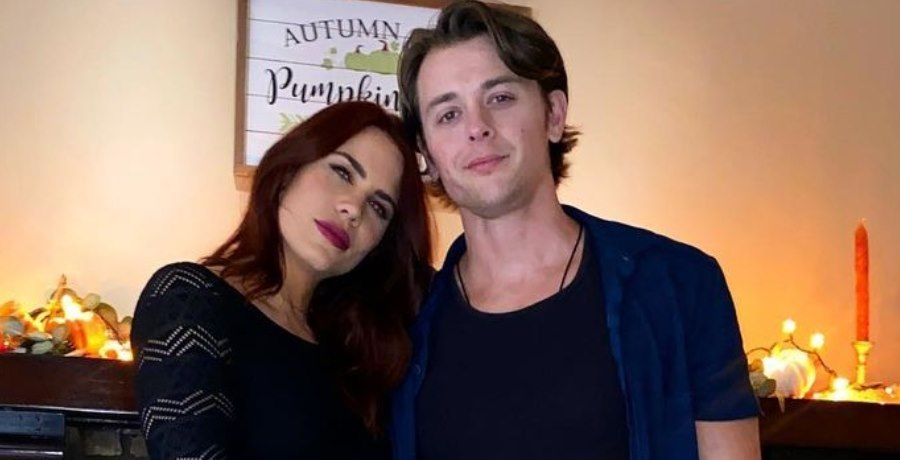 General Hospital star Chad Duell who plays Michael Corinthos on the ABC soap, soon will be a groom in real life. This Valentine’s Day was one of the most romantic for Chad Duell as he asked his girlfriend Courtney Hope to be his forever leading lady. Here’s what we know about this couple’s whirlwind proposal.

General Hospital actor Chad Duell has taken himself off the market. He’s been with his fellow soap star girlfriend for several years. Fans know the soon to be Mrs. Duell from her current role as Sally Spectra on CBS’s The Young and the Restless – a character she first originated on The Bold and the Beautiful.

The couple met years ago at a party hosted by Bryan Craig, who played Chad Duell’s younger brother Morgan Corinthos on General Hospital. The lovebirds have been more or less inseparable since then. They moved in together three years ago. They have built a beautiful life together so far, and their future seems even brighter. Both actors are over the moon with happiness as they embark on their real-life happily ever after.

The General Hospital and Young and the Restless actors each shared their love for one another early in the day Sunday ahead of the proposal. Both had glowing declarations of love and admiration for each other. Clearly, these two have all the makings of what a long-lasting committed relationship should have for the long haul.

The ring General Hospital’s Chad Duel gave to his bride to be is a stunner. Its a square cut blue stone surrounded by a chevron of white diamonds. Clearly not your run of the mill engagements rings. It shows the thought and planning Chad put forth. This ring is truly a testament to his love and dedication to Courtney.

“Yesterday was a good day,” was what Hope wrote on her social media accounts, announcing her engagement to her fans and followers.  She also added, ” “Forever with this man is a dream come true.”. Indeed, their wedding will be one of the best days of both their lives. In this crazy year, we all lived through its fantastic to see some true happiness from people who make us happy each weekday while watching them perform on daytime soap operas.