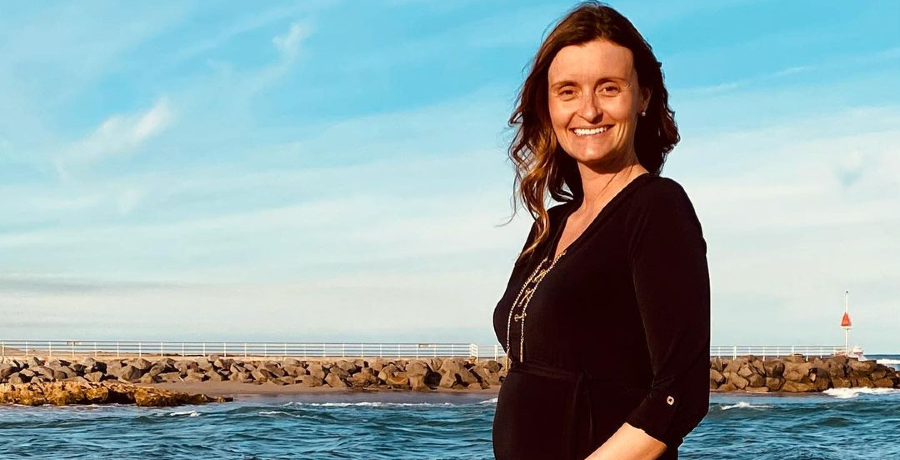 Below Deck Med alum Tiffany Copeland gave a baby update. She announced that she and her husband Evan Jones are expecting a girl. Over the weekend, the pair threw an intimate gender reveal party. This comes a month after Tiffany shared her baby announcement on Instagram.

Of course, the couple’s gender reveal party had a seaside theme. Some fans were wondering if they were having a little mermaid or a little pirate. Tiffany shared photos of their half mermaid, half pirate cake on Instagram. In the comments section, fans placed bets on whether she’s having a boy or a girl.

Below Deck Med fans weighed in with their thoughts. Then, Tiffany finally shared the news with her followers. She did it in the cutest way possible.

“We’re having a girl!” she wrote alongside a photo of herself holding a mini mermaid costume.

She posted three photos on Instagram. The photos show her holding up the adorable costume while her husband Evan holds an inflatable mermaid. She also showed some of their décor, which included an ocean-themed cake and a net filled with pirate goodies.

Tiffany is the second Below Deck Med cast member to become a first-time mom. Former chief stew Hannah Ferrier welcomed her daughter in October 2020. Over the summer, she announced that she was leaving the show behind. As for Tiffany, she hasn’t returned to the series since its inception in 2016.

Former Below Deck Med star announced the pregnancy in January

Tiffany and Evan wed in November 2020. Last month, the former Below Deck Med cast member announced her pregnancy on Instagram. She teased the news with a photo of two football onesies along with the hashtag “#HereWeGo.”

Then, she followed up with a post of photos of their family members on the Guess Who? board game. Tiffany wrote in the caption: “Guess who is having a baby? See ya in the summer!”

She then followed up with a photo of her dog laying his head on her stomach. She said that her furry friend was wondering when his new friend will come out to play with him. Season 1 Below Deck star, Adrienne Gang, tweeted about Tiffany’s gender reveal party. “Yay!!!! Can’t wait!!!” she shared with her followers. “So excited for you and Evan.”

She shared a relatable engagement story

In November 2019, Tiffany shared her engagement story. She admits that it happened while the two watched an episode of Below Deck Med. At one point, Tiffany scrolled through his phone and noticed a photo of a ring. So, he decided to pop the question there.

“But luckily it was a day earlier than he had planned asking, but at least we have a funny story,” Tiffany wrote on Instagram.

The couple had their wedding in late 2020. Hannah was especially sorry since she couldn’t attend due to her pregnancy and the coronavirus pandemic. Of course, her good friend understood. But now Tiffany can add herself to the very short list of Below Deck Med mommies.