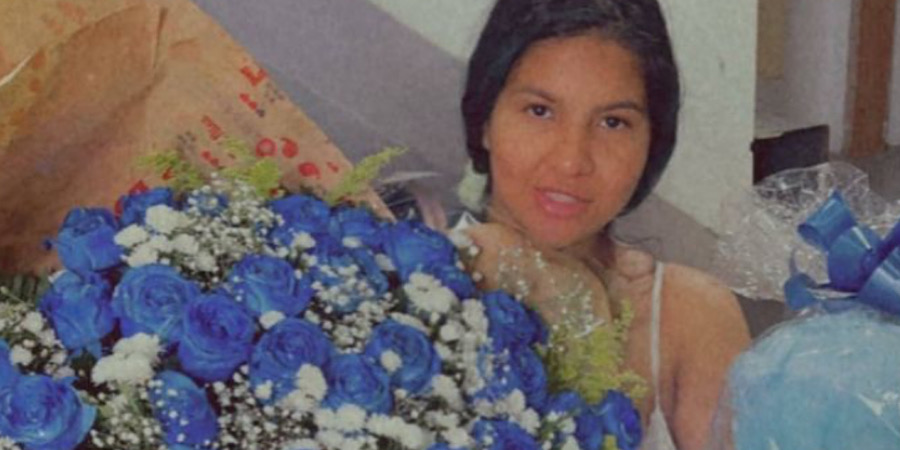 Paul remains known as not the most tactful 90 Day Fiance cast member. He hid his criminal past from Karine and was overly paranoid on his first visit to meet her. Now, to commemorate their first Valentine’s Day as a family of four, he shared an interesting poop-filled video. And it makes little to no sense.

When viewers first met Paul Staehle on Season 1 of 90 Day Fiance: Before the 90 Days, he was an interesting bird. The Kentucky native stockpiled everything he could imagine for every situation to head to Brazil. There, he would finally meet Karine. The two first connected on a Latin dating app because Paul felt he would find a family-based woman there. He believed he did in Karine and prepped for the long trip. Before he left, his mother gave him a lock of her hair to show she loved him. It was a normal expression for the two of them.

Meeting Karine was a dream for Paul but before they could be intimate, he had his love take two tests. He asked her to take an STD and pregnancy test, which offended her. But, she reluctantly took both, having nothing to hide. They had no real verbal communication because of the language barrier. A phone app helped with the translation for most of the trip. Karine became slightly turned off by his overly cautious ways. She did not run away when he revealed he had a criminal past. He did, out of embarrassment and she was robbed right after.

After he proposed and had to return to America, he gave her a lock of his hair as a keepsake. The two went on to marry, have a miscarriage, have a baby and have an extremely tumultuous relationship.

Paul and Karine and Their Strange Love 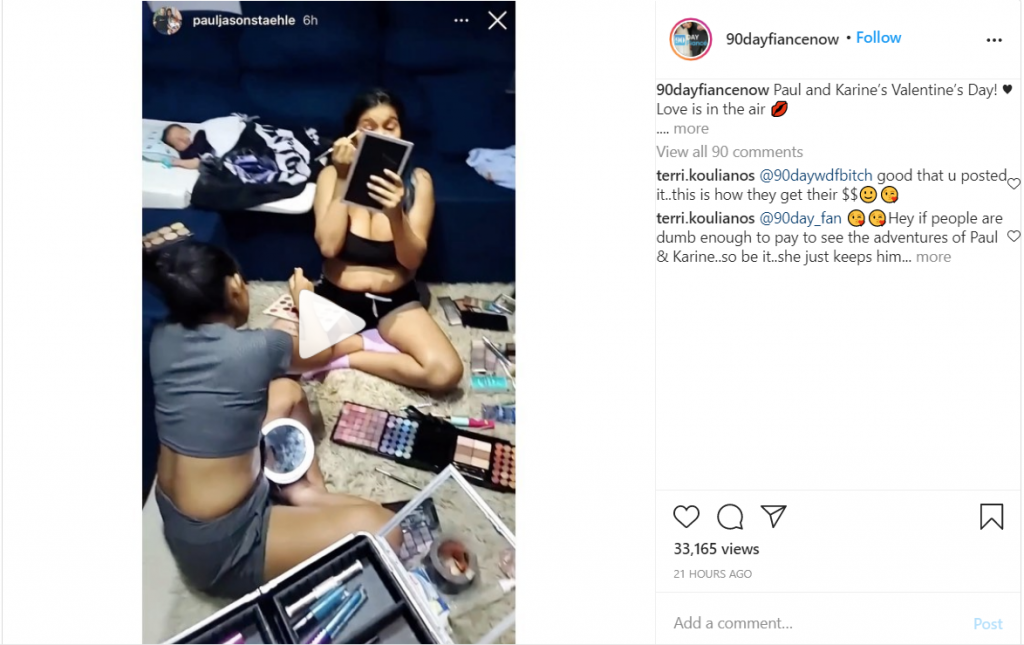 The relationship has been anything but solid. It appeared they had broken up after they welcomed first son, Pierre. Paul claimed Karine was cheating on him and took it to social media. They reconciled. Rumors circulated Karine might be pregnant again and Paul said she was missing. No one knew what had happened to her. Karine came out and said she had left him and filed a restraining order.

The couple were estranged but recently welcomed a second baby, Ethan. TLC terminated their contracts after their legal problems. For Valentine’s Day, Paul made a short Instagram video. It began with an open toilet filled with poop and the flooded streets. Followed was blue flowers and Karine watching a YouTube makeup tutorial with a baby on the bed. It’s a tacky clip but it’s what viewers, fans and followers expect from Paul.

What are your thoughts on Paul’s Valentine sentiments? Let us know in the comments.