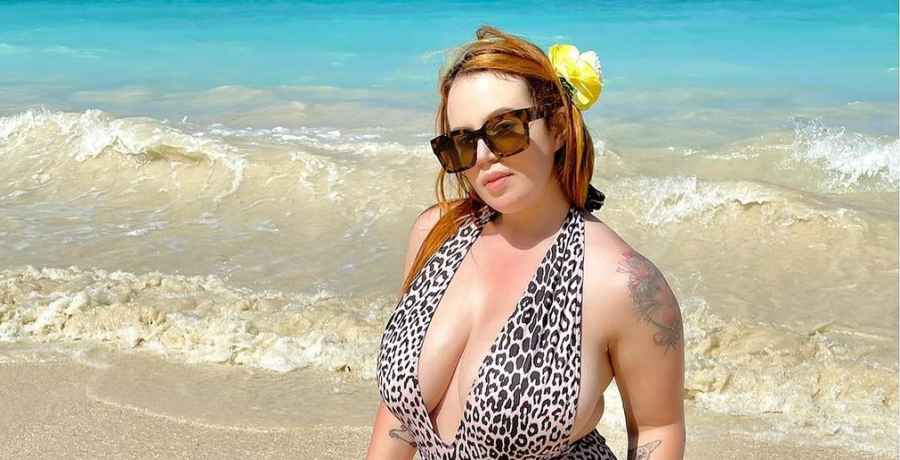 One of the worst things 90 Day Fiance stars can face is online hate. This is particularly so for Jess Caroline, who previously dated Colt Johnson on Happily Ever After? After splitting from Colt on the show, Jess finally found her forever love, Brian Hanvey. However, images taken while on honeymoon in Hawaii are drawing plenty of hate.

Since Jess Caroline first appeared on 90 Day Fiance: Happily Ever After? she has come a long way. She is clearly well over her disastrous relationship with Colt Johnson (and his mom Debbie). Thanks to friends, Jess was introduced to musician Brian Hanvey and it seems like it was love at first sight.

Both Jess and Colt’s former wife, Larissa Lima, had a rough time during their relationships with Johnson. Meanwhile, Caroline managed to move on pretty quickly with her new beau, Brian. So much so, she made the shock announcement about her marriage on the 90 Day Fiance: Happily Ever After? Tell-all. Naturally, Colt and his mom, Debbie, made the obligatory remarks about Jess finally getting her green card. Despite this, Jess and Brian seem to be totally happy.

Jess and Brian on honeymoon

While it has been some time since Jess and Brian married, they finally got the chance to enjoy their honeymoon in Honolulu, Hawaii. Jess filled her Instagram with gorgeous images and videos of their time together in the Aloha state. While they both look blissfully happy, not everyone appreciates her images in her bathing suit.

Mostly, her own fans were thrilled for Jess and Brian and complimented them on the honeymoon pics. However, after images of Jess in a plunging cheetah print swimsuit were reposted by a fan account, @90dayfiancefanatics2, the hate flowed.

Many of the comments on that fan page were truly nasty, like the one who wrote, “He’s a very lucky Plan B.” Another wrote, “Not a very flattering swimsuit.”  Even worse, another commenter used the Hawaiian vernacular to comment, “She just tainted the Aina with her presence.”  Jess managed to keep her cool on most of the comments. However, when one woman wrote, “She should go on a diet,” Jess replied simply, “Why?” See more negative comments in the screen capture below.

One fan referred to Jess’s generous cleavage, writing, “At least they natural! If you have nothing nice to say don’t say it !!” Other women also stood up for the TLC reality star, telling the haters they should be ashamed of themselves.

Luckily for Jess, she receives plenty of support on her Instagram account from her many fans. They love her confidence and her generous figure. One wrote, “Jess, you are so perfect! Have fun babe.” A number of fans congratulated the TLC reality star on her recent marriage. One wrote, “Such a beauty. Happiness looks good on you!” Admittedly, some fans did criticize their choice to visit Hawaii during the COVID-19 pandemic.

Despite the love from supporters, Jess does, however, have to deal with haters, critiquing her body. However, she seems to handle the comments with maturity and a positive attitude. It is also crystal clear that Jess is happier with her new husband, Brian than she ever was with Colt Johnson. We wish the happy couple every success in their relationship.