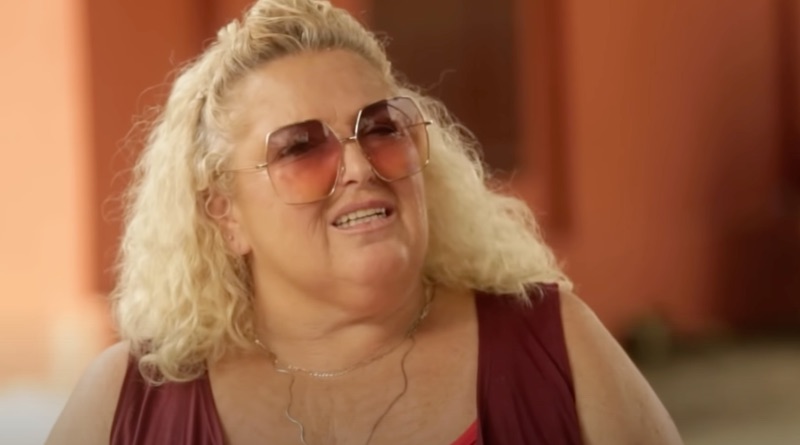 90 Day Fiance cast member Angela Deem can’t wait to get it on – and not just with Michael Ilesanmi. TLC couples played some games recently. And some of the answers they gave may surprise watchers.

New 90 Day Fiance spinoff Love Games on discovery+ features some fan-favorite cast members playing guessing games with one another. Facts are revealed about certain stars – and it’s up to other cast members to match them with the right cast member. Meanwhile, Anna Campisi and Mursel Mistanoglu were recently in the hot seat.

The 90 Day Fiance couple were asked to guess which cast member once did the deed in a car less than one hour into a first date. Mursel was convinced it was Kyle Huck. Meanwhile, Anna Campisi believed it was Angela Deem that did the deed. But she agreed to go with her husband’s answer.

Angela Did the Deed

Turns out, it was Angela Deem that once got frisky less than an hour into a first date. So, Anna Campisi had it right. While others may want to wait, Angela is not one to let a good opportunity pass her by. So it’s clear she certainly took advantage of that situation.

Still, any 90 Day Fiance watchers keeping up with Angela’s story know she behaved similarly with Michael Ilesanmi too. Even when she landed in Nigeria for the first time, she was ready to get to the hotel so the pair could take care of business between the sheets. So in a lot of ways, it makes sense that it would be Angela.

Whether it’s cake – or intimate time with Michael Ilesanmi, Angela Deem knows what she wants. And it’s clear she doesn’t wait long to get it. According to her, “good things” don’t come to those who wait.

When Michael Ilesanmi would finally come to America has been a big question among fans since the pair tied the knot in Nigeria. Meanwhile, even though carrying on a long-distance relationship is tough, the TLC couple does what they need to keep the spark alive.

Recently, Michael Ilesanmi and Angela Deem celebrated another Valentine’s Day apart. Still, they did what they could to mark the occasion and celebrate the popular couples’ holiday. This past January marked one year for them as a married couple. And they followed it up with Valentine’s Day festivities – long-distance style.

Meanwhile, Angela Deem even shared a picture of the Nigerian and American flag in the shape of a heart. And it’s clear the 90 Day Fiance star misses her husband – especially during the special day for couples. At least for now, it looks like plans for Michael to come to America are still on hold.