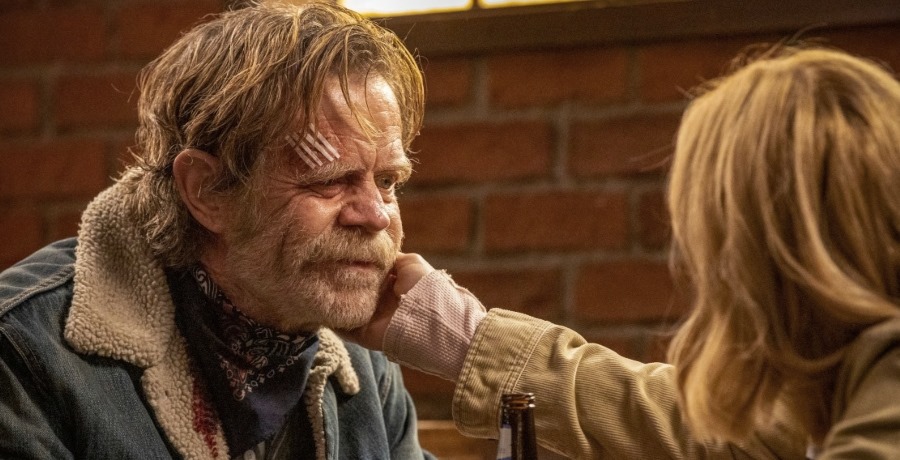 If you haven’t watched tonight’s episode of Shameless yet, you may want to exit this article. The remainder of the article contains spoilers from this week’s episode.

So, what exactly is wrong with Frank Gallagher?

Fans have speculated something was wrong with Frank since the beginning of Season 11. Unfortunately, it seems as if the alcoholism has finally caught up with him. If you were worried Frank was forgetting things… You were not imagining it. Frank was officially diagnosed with alcoholic dementia.

Frank ended up at the emergency room after being found bleeding near a dumpster. This was after a relative of his weed dealer knocked him out for causing problems.

As the nurse treating Frank started asking him questions, she realized something was wrong. It wasn’t long before she suspected he might have dementia. He couldn’t remember his last name. He had no idea what year it was. And, he couldn’t remember words they just talked about.

The diagnosis confirmed by the end of the episode

Toward the end of the episode, we see Frank sitting on the stairs outside of his home. He pulls a piece of paper out of his pocket and opens it. The paper reveals his personal information, where he lives, and then explains that he has alcoholic dementia. Presumably, the paper is supposed to stay in his pocket. This way he can be helped if he’s found wandering somewhere.

Unfortunately, it looked as if Frank panicked and crumbled the piece of paper up into a ball. So, chances are pretty good he is not ready to share this information with his family. It, however, is unclear if his family would even be bothered by this information. They are always really big on sticking together. But, Frank isn’t always included in this way of thinking. He hasn’t exactly been there for them.

Will his family care?

This episode did touch on if his family would care. At least it did with Ian. We see Mickey watching his father struggle after getting shot by Liam. Mickey and Ian discuss the fact that they both have pretty crappy fathers. Ian, however, isn’t sure he’d be able to condemn his father if he was in a similar situation.

Is ‘Shameless’ Season 11 Setting Frank Gallagher Up To Die?

Stick with us at Tv Shows Ace for the latest Shameless news.