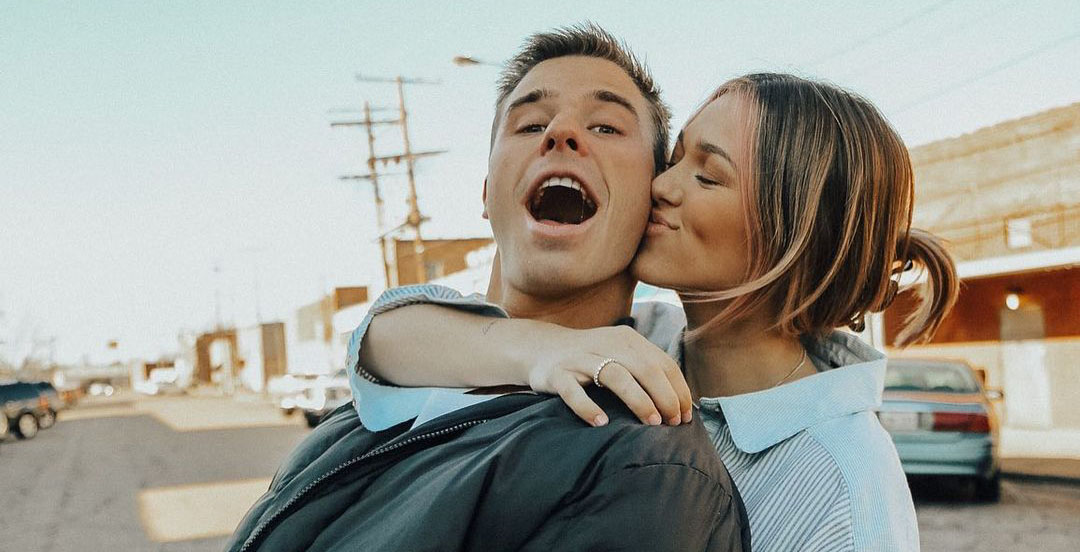 Sadie Robertson has a whole new look. Earlier this month, the Duck Dynasty star debuted her new pink highlights. She shocked her fans with her hair transformation. But her pink hair is more than just a trendy hairstyle that she decided to jump onto. It has to do with love.

On Thursday, February 4, Sadie told her fans that February is her favorite month. She also “loves love.” But she doesn’t mean love in relationships. She means the kind of love that she gets from God. Since then, the reality star has been celebrating the month of love with her fans and followers.

In her Instagram post, Sadie Robertson shared two new selfies. The first photo included a selfie. Then she followed up with a photo in which she gave her husband, Christian Huff, a smooch on the cheek. Sadie explained why she loves February so much.

Sadie has been spreading that kind of love on her blog, Live Original. Also, she’s been sharing plenty of love-filled photos. On Thursday, February 11, the A&E star shared a series of photos of herself with Christian. The young couple looked loved up in the photos. They couldn’t stop smiling and looking at each other.

“Valentine’s Day has a way of bringing up alllll the feels ❤️💔❤️😍🥰😭😅🤪☺️🙃😘,” Sadie wrote in the caption. “Can you relate?!? I wrote a blog encouraging you that no matter what mood you’re in or season you’re [sic] waking through what I believe the heart of Valentine’s Day is!”

Saide didn’t want to leave out her single followers. She knows that not everyone has someone special at this time of year. Above all else, God’s love is what matters. And she wants to make that point.

Sadie Robertson announced to her fans that she’s in her third trimester. She celebrated the moment with a maternity shoot. On Monday, February 8, the 23-year-old shared a series of photos to her Instagram feed. In the photos, she pulled up her white shirt to show off her bare stomach.

“3rd trimester here we goooooo!!!” Sadie captioned the slideshow. “EXCITED FOR THIS ONE.”

She also showed off her pink highlights, which she revealed in a Wednesday, February 3, Instagram video. Sadie explained the reason behind the decision. At their gender reveal party, Christian told her that she would look good with pink hair. The couple celebrated the event with pink paint.

In October 2020, the Live Fearless author announced that she and the Florida native are expecting their first child together. This comes 11 months after their Louisiana wedding. Before then, Sadie was bombarded with questions from fans, friends, and followers who wanted to know when she was having kids. While the couple didn’t want to rush, they are over the moon with this news.