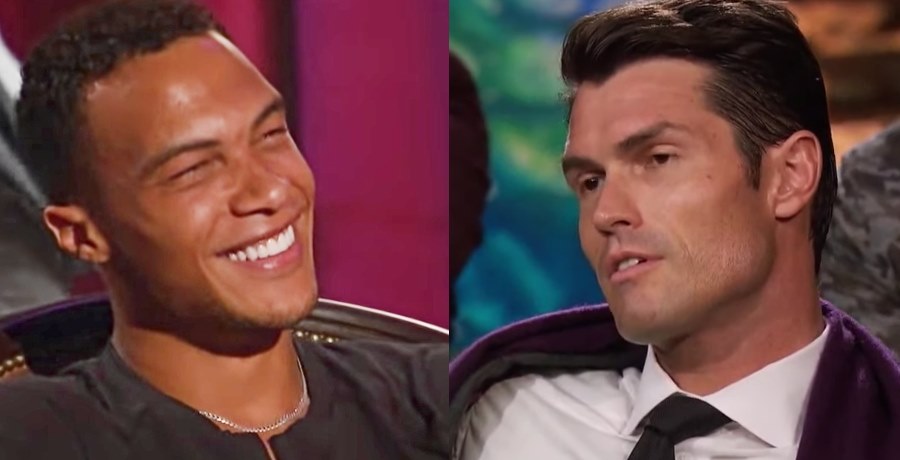 It’s a car full of tall Bachelorette men. For some reason, they are all in the backseat. Bennett Jordan shared a story with Ed Waisbrot and Dale Moss. They were on the way to see Jared Freind, Bachelor nation host and comedian. All three men were on Clare Crawley and Tayshia Adams season with Dale leaving with the first Bachelorette. Now fans know that Dale and Clare have parted ways. Ed had a great relationship with Chris Harrison. Bennett got sent home, but returned to tell Tayshia how he felt. After the show he won fans over with his Instagram sharing baking and his body.

Now he seems to have reconnected with his boys for a, “bromantic surprise.” The three of them made their way to the comedy show and shared they were surprising him. Some fans were confused why Bennett wore sunglasses, because it was nighttime.

Bennett Jordan And Friends Made The Best Of The Trip

Bennett Jordan has been known to spend time with the men from his season. He invited over for brunch and they shared the pictures with everyone. Bennett and Ed also walked by Tom Brady’s house and recreated the video from his TikTok with Gronk. Some fans said that was weird while others found it funny.

One thing fans noticed about the men on The Bachelorette that is different from the women on The Bachelor is the support. The men love each other. They hype each other up. It’s an environment of support and it’s not a surprise they remain good friends after. There were some heated moments but nothing like what happened on Matt James season so far. Fans have been speculating on who might show up on Bachelor in Paradise

The Men Stand Together In Other Ways Too

Another thing the men of Tayshia’s season, including Bennett Jordan, have done together. The men also shared a statement of solidarity about the things that have transpired since the show. Namely, some of the things Chris Harrison and other Bachelor nation members have said. They wanted to acknowledge where they stood. The men talked about being part of one of the most diverse casts in the history of the franchise.
This is a post on every one of their accounts. They said they denounced racism and stood united with the women of The Bachelor, and Rachel Lindsay. Fans responded with one saying, “this means a lot, we love our season 16 boys. How do you feel about Bennett and Ed walking by Tom Brady’s house? Do you enjoy Bennett’s cooking skills? Comment with your thoughts below. Tune into The Bachelor on Monday nights to find out if Matt James finds love.