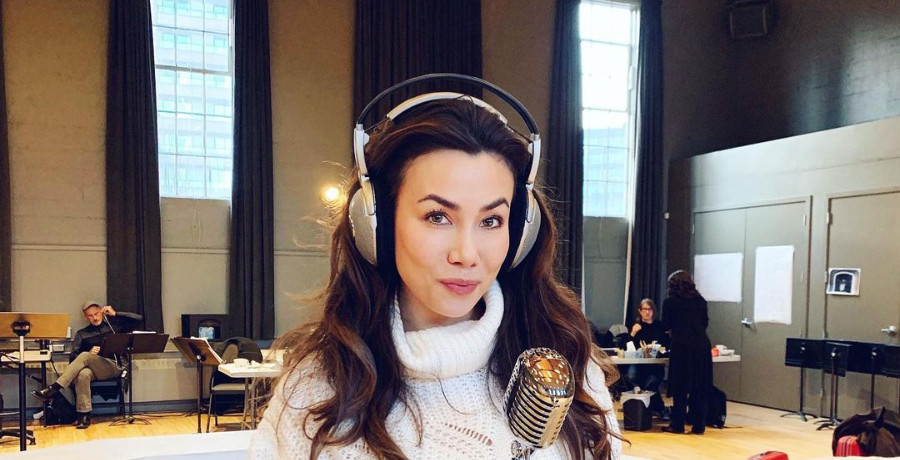 Sharleen Joynt appeared on Juan Pablo’s season of The Bachelor. She famously dumped him with the sick burn about the lack of a “mental connection” with the suave Season 18 lead. Six years later, the professional opera singer is now happily married to Andy Levine. Juan Pablo didn’t marry his final rose pick, Nikki Ferrell. He was, however, briefly married to Osmariel Villalobos, whom he met in 2017. They divorced in 2020.

Since her time on the show, Joynt has also blogged about the Bachelor Nation franchise. She typically recaps the episodes, giving her thoughts and sharing her own experiences. However, when she sat down to write a recap for the latest episode of The Bachelor, she just couldn’t do it. Instead, she laid bare her response to the recent news surrounding Chris Harrison, Rachel Lindsay and Season 25 contestant Rachael Kirkconnell. And Sharleen Joynt is FED UP with the problematic behavior on the franchise.

There’s so much to unpack in Joynt’s latest blog post.

Don’t feel bad if somehow the latest Bachelor Nation scandal has missed you entirely. Sharleen Joynt didn’t know about it, either. She only got an inkling that something went down when her followers started asking her for a response.

In short, some sketchy things about Season 25 frontrunner Rachael Kirkconnell have come out. Those ‘things’ include racially insensitive photos, allegations of bullying other girls in school for dating Black guys, and attending an antebellum ball in college.

Bachelor franchise host extraordinaire Chris Harrison waded into the drama by appearing on Extra to be interviewed by Season 13 Bachelorette Rachel Lindsay. As fans of the show know, Rachel Lindsay was the franchise’s first Black female lead.

During the interview, Chris Harrison talked over Rachel Lindsay, eager to defend Rachael Kirkconnell’s past behavior. He also slammed the “woke police.” When all was said and done, viewers were outraged at what they saw. Chris Harrison apologized the next day, but fans didn’t let him off the hook so easily. He ultimately made the decision to step back from his role as host indefinitely.

Sharleen Joynt knows the inner workings of the Bachelor Nation franchise. Not only do contestants go through several rounds of background checks and psychiatric exams, their social media is thoroughly scoured.

Well, not so thoroughly in Rachael Kirkconnell’s case. The scandal involving her questionable behavior came to light after fans took a deep dive into her social media. Sharleen Joynt asks why The Bachelor didn’t find this stuff first. Or did they find it and leave it, thinking it wouldn’t be a big deal? And what did the show find and remove from Rachael Connell’s social media history?

This isn’t the first time a problematic contestant made it through the casting process. In a post to her Instagram with a link to her blog, Sharleen Joynt made it clear that she’s “fed up” with this happening again and again on the franchise.

She Thinks Rachael’s Apology Was Overdue, But Sincere

There were rumblings online about Rachael Kirkconnell before Season 25 even began. But the allegations didn’t reach a fever pitch until a few weeks in, when the photo from the “Old South” party surfaced.

After weeks of deafening silence since the rumors began, Rachael Kirkconnell finally broke her silence earlier this week. She apologized for her ignorance and vowed to do better. While the apology came later than it should have, Sharleen Joynt believes it was sincere.

"I was ignorant, but my ignorance was racist" pic.twitter.com/TscTvXSNlv

In Sharleen Joynt’s view, Chris Harrison’s “white male privilege” was the reason why he felt so comfortable steamrolling over Rachel Lindsay. He said those things because he thought he could get away with it, as he has done several times in the past.

But like Sharleen Joynt, viewers are also “fed up” with racism and racial insensitive behavior from Bachelor Nation.

After detailing her issues with Chris Harrison, it seems likely that Joynt thinks ABC should cut all ties with the host, right? Surprisingly, she doesn’t. She points out several times in her blog that Chris Harrison is just the mouthpiece of the show. He doesn’t have a hand in casting or vetting the contestants.

Firing Chris Harrison would be like putting a “bandaid” on a gaping wound. Changes must start from the top and Harrison may be important to the franchise, but he’s not the head honcho.

Like a few other Bachelor Nation alum, Sharleen Joynt calls out ABC for always expecting Rachel Lindsay to be the fixer when scandals happen. During the Extra interview, Chris Harrison suggests Rachael Kirkconnell appear on Rachel Lindsay’s Higher Learning podcast to hash things out.

For her part, Rachel Lindsay is seriously considering leaving the franchise behind once her current contract is over. Sharleen Joynt is also on the fence about continuing to blog recaps of the show.

You can read her full blog post about the Chris Harrison interview here.

Are you as fed up with Bachelor Nation as Rachel Lindsay and Sharleen Joynt? Or do you think the entire situation is blown out of proportion? Let us know your thoughts in the comments down below or on our Facebook group.