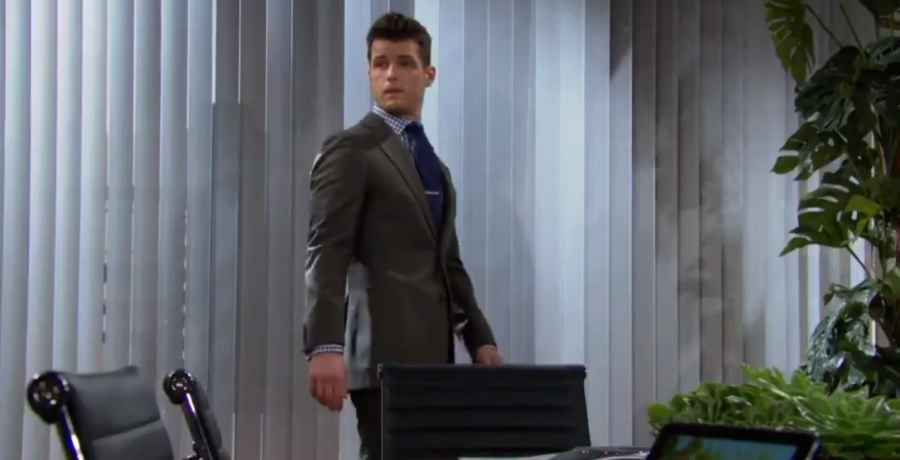 The Young and the Restless fans will remember that while Kyle was in New York, after breaking up with Summer, he had an affair. He hooked up with a married woman by the name of Tara. Allegedly, Kyle also fathered a child with Tara, who is now three years of age. He found this out from Theo and Sally, who enjoyed giving him the news!

The Young and the Restless problems for Kyle

The problem with having an affair with a married woman (and possibly fathering her child) is Tara’s husband. Her husband is Ashland Lock, a powerful older businessman. Ashland has a bad reputation for getting revenge on anyone who wrongs him. Naturally, this makes Kyle extremely nervous.

While Tara and Kyle had covered their tracks, Theo found out about the affair. Now, it seems Kyle could be in Ashland’s headlights if he finds out. Kyle will open up to Summer about this, insisting there is nothing he can do. He tells her they were broken up at the time – he wasn’t exactly cheating on her.

Meanwhile, he believes that Sally would ruin her own career if she makes the news public. Summer will be furious with Sally – will this news have a negative effect on their relationship?

Will Kyle tell Mariah about the story?

According to Soap Opera Digest spoilers, Kyle will also open up to Mariah. As The Young and the Restless fans know, Mariah is used to Kyle’s screw-ups. She is never shy to offer him advice over his love life.

Meanwhile, Kyle has always been there for Mariah when she suffers her own romantic complications. For instance, when Mariah cheated on Tessa and got caught, he was very supportive. In fact, Kyle helped her make the decision to win Tessa back. However, this time he needs Mariah’s help to deal with the new crisis.

Next week on Y&R. pic.twitter.com/3M6YMdaPwC

While Kyle won’t be willing to tell Summer the whole story, he will totally open up to Mariah. He told her Theo’s other bombshell piece of news. That piece of news relates to the fact that Kyle may have a three-year-old son with Tara. The news that Kyle is secretly a father will throw Mariah for a loop, but she will listen and help where she can.

Kyle is scared to tell Summer about the child

Because it is such a big deal, Kyle will tell Mariah that he is scared to tell Summer about the child. It could mean the end of their blossoming relationship, just when things were starting to go right.

However, according to spoilers, it is likely that Mariah will think it best for Kyle to tell Summer the truth, the whole truth and nothing but the truth. He should tell her, rather than her finding out from another source. That would be devastating to their relationship.

Despite this, Kyle is likely to swear Mariah to secrecy and hope the story never comes out to Summer or anyone else for that matter. However, will feelings of guilt take their toll on Kyle and eventually force him to confess?

Keep up with The Young and the Restless, weekdays on CBS.